So, Not long ago I was in-game, on the Welsh borders in cold and wet weather. I was out “on the ground” for around 40 hours and In-game for 24 of those hours… As such it can push the gear I use to a different level than that of a Sunday Skirmisher. That’s not to take anything away from people who enjoy playing a standard days Airsoft where you get head back to the safe zone after 3 hours but understand this, when your stuck in the same gear for 24 hours and can’t even take your eye pro off when your sleeping, you kinda realise how important it is to have the right gear. I’ve not got unlimited funds, I’ve made a conscious choice to move away from a career which paid well to one where I have a better work life balance. I’ve always tried to weigh up the cost of buying genuine gear vs my requirements as an Airsofter, with my modest budget it’s now more important than ever to ensure the gear I do buy is punching above its weight in regards to how effective it’ll be.

Despite the minor hardships of a 24/48 hour game, My gear is never going to be asked to do what a soldier might ask his to do, I’ll always be able to take a step back and not carry on with the mission if something were to fail, no ones going to die if my gear doesn’t hold up.

However, there is a flip side… And you’ll have to bear with me because I have a possibly valid point to make (Depending on your viewpoint) and I don’t want it to come across as anything but a pragmatic realisation, Airsofters ask their gear to perform for longer than its designed to last.

The reason I say this is that we Airsofters will buy our own gear, knowing full well its price and we will expect to get a shitload of wear out of it before having to replace or repair it. Case in point, My Flash Force Industries shirt… Worn once before a thorny branch ripped a hole clean through it into my stomach… Anyone whose issued a combat shirt would merely ask for another from stores, I however had to sew it back together. 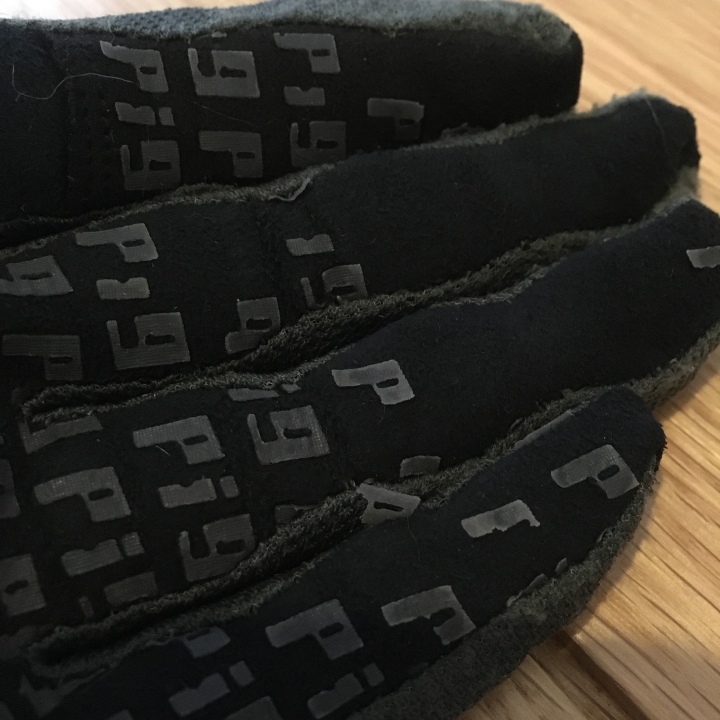 These gloves are not meant to last forever but surely a mere airsofter like me shouldn’t be able to test the limits of gear designed for real shooters? Well either way, I put up with the damage because they’re still exceptional gloves and I push myself pretty hard for a fat guy. 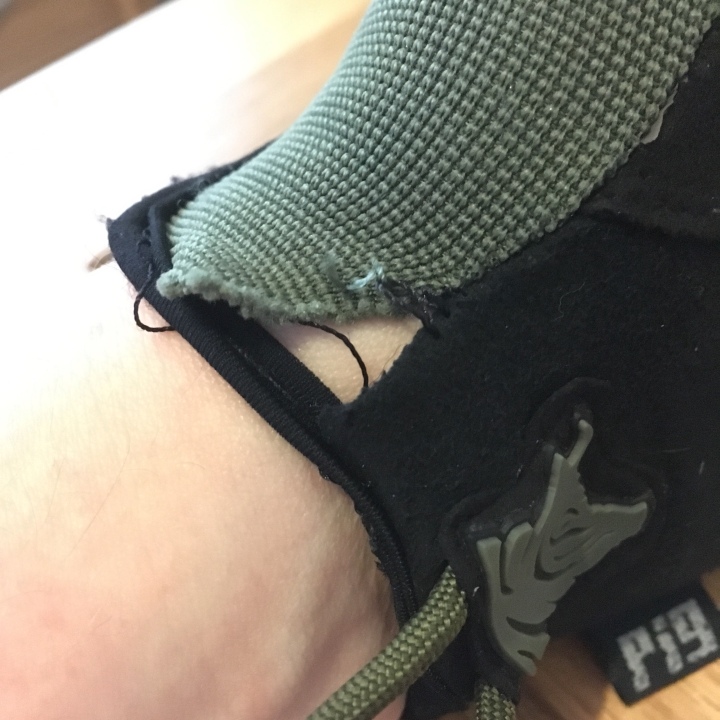 Onto the meat of the post, This weekend I took out a brand new addition to my loadout… I’d been looking at buying some form of hydration carrier for longer games where lightweight gear would be preferable and something that wouldn’t cost too much… I’ve coveted the Haley Flatpack for quite some time and had very nearly ordered on on more than one occasion, but at £140 its a pricey pack for what you get, sure its apparently well made and there are a few novel ideas…  plus it’ll work flawlessly with my  D3CR. After much deliberation I decided to go with a Repro Flatpack made by 101Inc (not a brand I’m familiar with) as the price was a mere £40 which suited me much better.

I didn’t expect miracles, I wanted something that would be similar enough to work with the D3CR and not fall apart on its first outing. Unfortunately, I was to be let down in a massive fashion…

Upon delivery I quickly looked over the  pack and stuck it next to the D3CR, As I suspected… The colour was a mile off. Ranger Green is more Grey than Green and certainly no where near the Olive Green flatpack that arrived, all fair dues to the supplier though, they did say that the colour was a little off.

Next, looking at the buckles I could see that these were not the same colour as on the D3CR and certainly not the genuine ITW clips you’d expect to see on a genuine item but I didn’t really expect that, on later inspection it appears that the hardware is UTX, a reasonable brand used on a fair amount of mid range outdoor gear. The stitching appeared alright with a few threads hanging off but nothing that looked like it compromised the integrity, also the zippers although not branded looked up to the job for me, a mere airsofter.

In terms of features, benefits and function… I’m not going to get into that on this post. Needless to say, Haley Strategic can take full credit for all the good points about this bag, its a simple and yet very effective little bag and for my use as a hydration carrier and for a little storage for wet weather gear its perfect.

So, picture this… 22:00 atop a wet and cold hill in Herefordshire, your slowly sneaking up to the enemy’s  camp when all of a sudden you see an endless white beam of IR laser light and tracers cutting towards you… Your NODs counter the light overload and dim accordingly, With your rifle in your shoulder you decide to let rip… a rapid burst of full auto aimed towards the light seeking you out to try and keep their heads down and allow you to push forward to the downed point-man metres ahead of you, tracers flying in both directions like a scene out of 13 Hours, your hearts pumping and your scanning for targets and hoping that you’ve not just given away your position. Too late, you feel the hit… a second and a third soon follow… you’ve shouted hit but its so dark and the targets so clustered you cant really avoid the overkill and you just stand there with your arms up and take it. 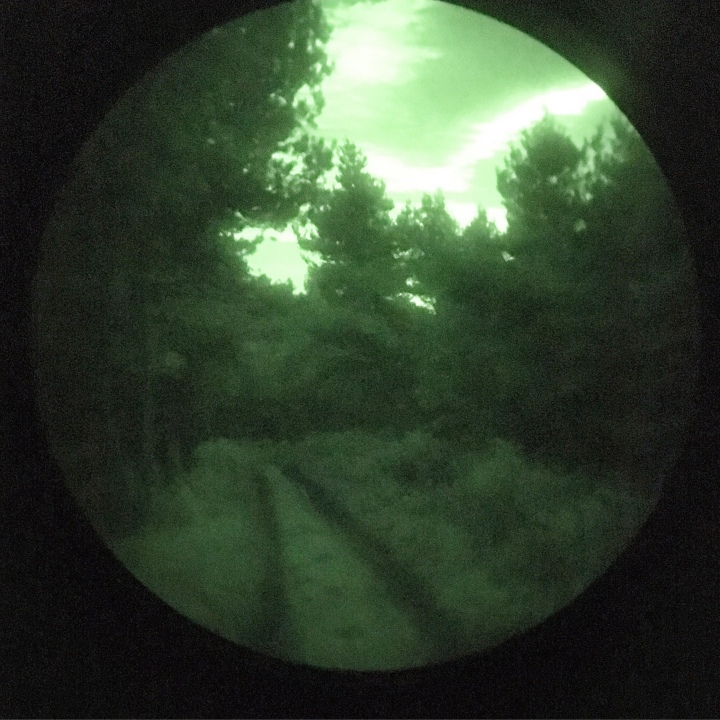 Your calls for a medic go unanswered as your team looks to push forward and win the fight first, again.. you can’t  blame them, its what you’d do in their situation and anything else just slows down the team and gets less guns in the fight.

All of a sudden you feel a hand grabbing the drag handle on the back of your rig and you’re pulled towards cover… Well, thats the theory… And surely what would have happened if I’d been wearing a genuine Haley rig. What actually happened was that my  pack was physically ripped off my back and my chest rig left hanging from the remaining single shoulder strap.

I wasn’t angry or upset with the guy who’d done it, indeed it wasn’t really his fault… what I can tell you is that on the mile or so walk back to our RV I had to bear the weight of a full combat load of 4 primary mags, radio, PTT, pyro, flashlight, multi tool, IFAK, 2 ltrs of water and soft shell jacket on that one shoulder strap… as if the neck strain of having 2/3kgs of super tactical helmet stuck in my head wasn’t painful enough I was now forced to cinch up all the remaining straps to try and bear the load.

By the time we got back I was utterly fucked, there’s no better way to describe how I felt. It was one of the lowest points of my Airsoft “career” and I genuinely for a moment thought of wrapping it all in and picking up a boring hobby like golf or some shit. After I had a little moan, processed why I was pissed off and in pain I grabbed some sleep. I was immensely grateful to the other guys from Diablo who stepped up and covered stag (Leaving myself and the other driver to get some uninterrupted sleep). In the morning I was able to assess the damage and with a heavy heart I had to ditch the D3CR and go ghetto with mags shoved in pockets.

It appears that when I was grabbed, the stitching on the left shoulder gave way. it must have been exceptionally weak as not only did it rip, but the whole bit of webbing forming a loop just disappeared, now a part of the site and forever missing in action. My first thought was “Fuck” and my second thought was of Travis Haley laughing at me and saying “I told you so”.

Let’s have a look at the D3CR and the 101Inc pack and look at the minor details, the ones that matter and ultimately the reason why my flatpack is getting repaired and moved on as a MOLLE assault pack.

When it comes to materials, the Haley rig uses Ranger Green 500d Cordura, the 101Inc flatpack uses a green (more OD than RG) material which is labelled as cordura. The buckles are a green colour and are noticeably more shiny than genuine ITW clips.

The stitching on the D3CR is neat, doubled up whenever strain might be an issue and triple stitched on the load bearing elements. 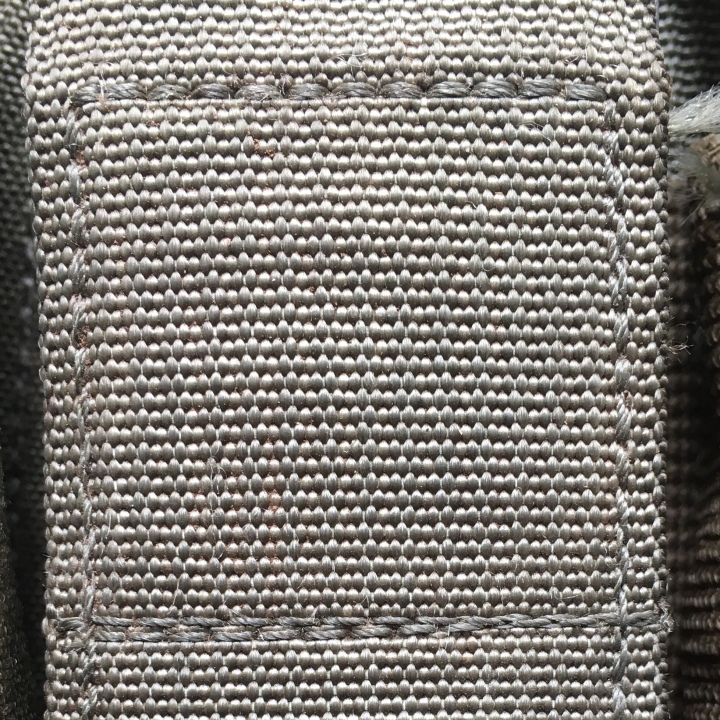 On the flatpack it’s seemingly well stitched but when you look closer you can see that on vital load bearing sections it’s just not been though of seriously… the stitching isn’t doubled up on load bearing sections, especially evident on the empty section that used to be home to the shoulder strap.

It’s firmly planted the seed in my mind to buy a genuine Haley Flatpack, although I’m at a bit of a crossroads at the moment due to the D3CR looking decidedly beat up and me looking with lustful intent at newer rigs such as the Spiritus Systems Micro Fight Rig or possibly a Mayflower chest rig. If I were to decide on something from anyone but Haley Strategic then it would leave the flatpack kind of redundant.

We shall see, but for the moment it looks like I’ll be sticking water bottles in my pocket and sticking the H harness back in the D3CR.

To sum up, no one else can dictate our budget… except our significant others. My best advice would be to work out how much your going to get out of an item, and value it accordingly. Buy genuine if and when the ability arises, If your asking your gear to do a soldiers job, buy a soldiers gear. If your searching for the look of an expensive item but don’t need the integrity, buy the cheaper option. Also consider its resale value… there’s a fair amount of real gear that holds its value very well, repro gear rarely does.

7 thoughts on “Kit Faceoff – Is It Worth Buying Genuine?”