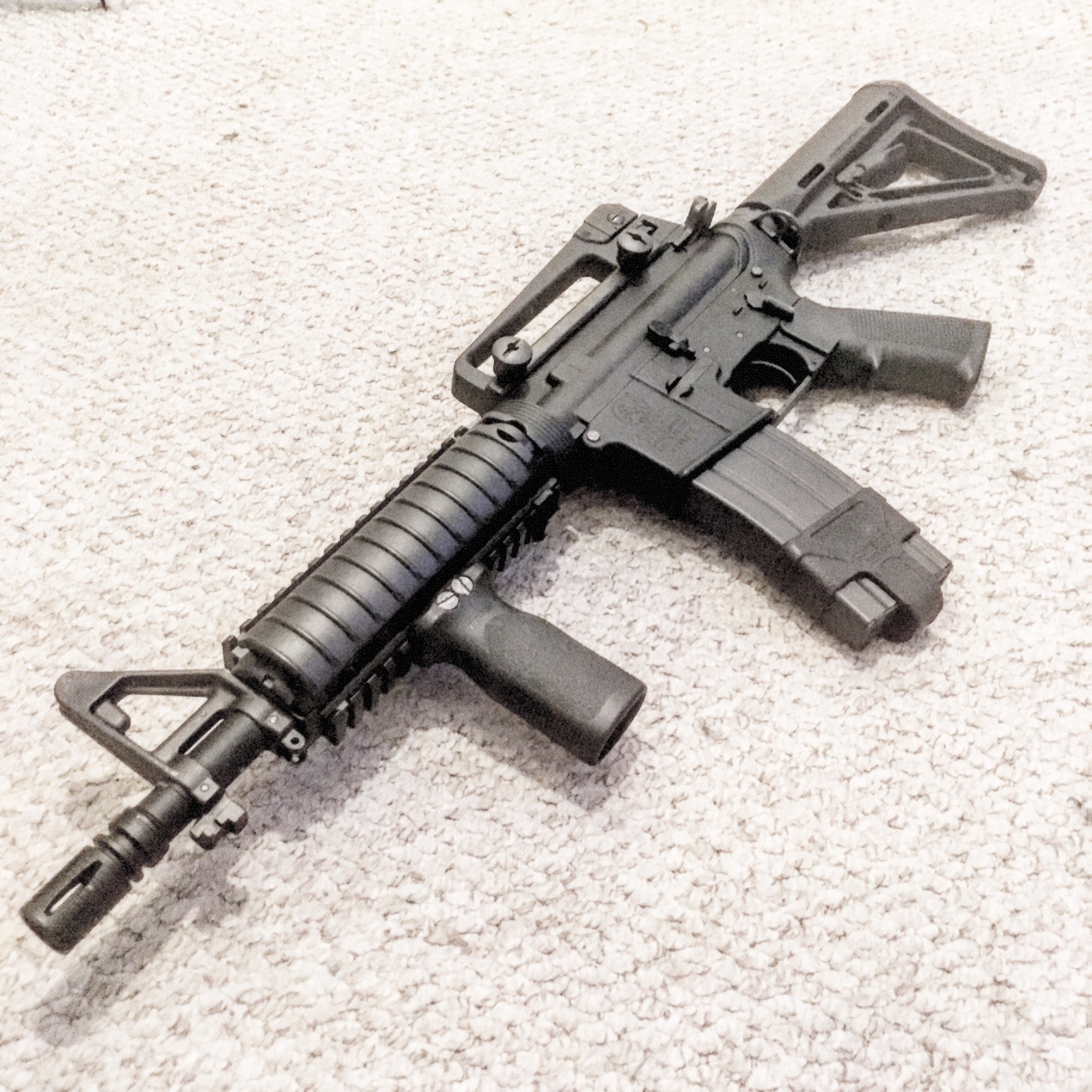 There are many ways to interpret this Japanese phrase… from the straight forward “Change for Better” to the bastardised meaning I was taught within sales, which is “Well done with that £7k sale, next time I expect a £9k contract” 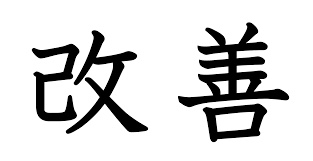 Its a simple enough philosophy, Don’t become complacent with your success… Always strive for better than you’ve achieved. There’s a healthy and an unhealthy way to do this… And mantras such as “Ounces equal Pounds” and “Progress not Perfection” should become not just a phrase but a massive factor in how you choose your gear and motivate yourself.

Within Airsoft it’s a central part of my constant evolution of gear, replicas and my personal growth. It’s part of why I’ve been known to go through guns and gear pretty quickly, and why a few specific things have stayed within my collection for a long time.

Gear… better I don’t talk about the sheer bull I’ve bought…. some good, a lot of shit and some things that I have no idea why I thought it would be a good idea to buy for just one games use.

With the replicas, one thing I’ve always looked for is Function over Form (But whilst sticking to a “must look right” overall impression). In its simplest guise this is about stripping back a replica to its base and ensuring it still does the job. I’m a self proclaimed Tokyo Marui fanboy… Not because it’s the “in thing” but the replicas they produce work without fail. They produce the desired result when I pull the trigger. In a pastime where we make compromises, I try and make as few as possible. Yes my pistol is fully plastic, but I can chew through a whole magazine without pause, sluggish performance or the infamous full green gas vent right back in my face.

With the primary, A Tokyo Marui Recoil or GBBR gives me reliability, good performance and the token realism that allows me to enjoy shooting what is otherwise a pretty underwhelming substitute for a firearm.

Find something that works for you, get to know it inside and out and only add to it if the addition adds performance gains… Trim fat, don’t add. Don’t be fooled by snake oil salesmen and tricksters… a £1500 upgraded replica won’t be 5 times as effective as a £300 replica, There’s a large degree of self promotion and the placebo effect within the tech world, there’s even a lot of odd people who promote the work of others whilst not actually having experienced their work first hand… 3rd hand knowledge and hearsay… not a great combination and an easy way to lighten your wallet without any discernible benefit. 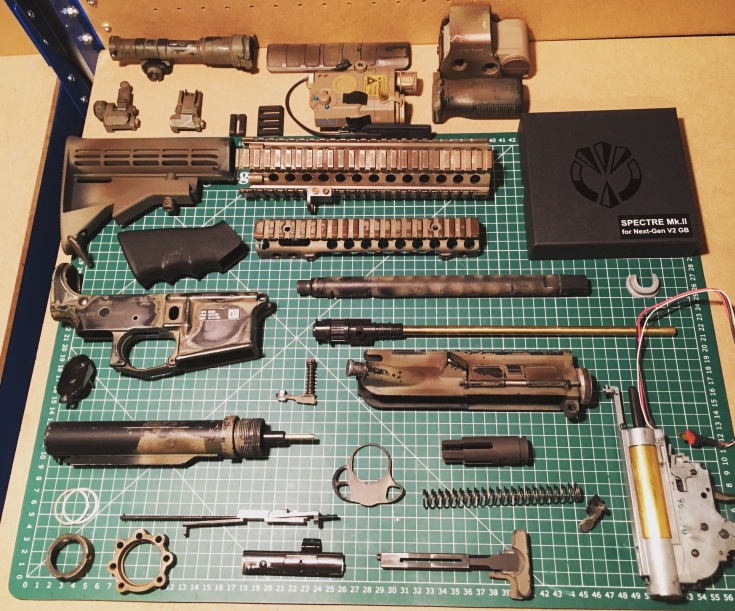 Gear… I could write a whole series on my adventures with shit gear and then progressing into the world of high speed nylon. However I’ll just say this… Don’t confuse cost with value, some people will swear by their Spiritus Systems Rigs and others will tell you their Arktis 42 pattern chest rigs are the only rig worth having. if I took my belt set up as an example I’ve got a cheap unknown brand pistol mag pouch right next to £100 of HSGI Tacos and dump pouch… Rhis clip that holds my holster to my belt cost 10 times more than that little pouch, but both add value to my loadout, And it’s all sat on a belt made by a small independent gear manufacturer (Review soon).

Personal Growth… this is the biggie. It’s something that encompasses everything you do, from your physical fitness to your mindset in how you approach the game. I’ve personally been on a journey to lose a few extra pounds, not just for Airsoft but it does help not having Xs in the size when buying gear that’s designed for guys who don’t have Xs in their clothing labels.

I’ve also put a massive focus on being a team player, I’m a gobby shit sometimes and like to dictate the way an objective is approached… I’m confident enough to know I’ve got a good handle on how things will pan out most of the time, but taking a step back and listening to others is something I’ve worked on a lot recently. If your open to other ideas you’ll gain knowledge, even if it’s a lesson in how to not assault a building 😂.

Very recently, after posting a picture on Instagram I was poked by Rich at The Reptile House blog and reminded of an article he featured on the blog: Hold The Flair. This is at the fundamental core of my Airsoft Kaizen journey, Take away all the crap and see what remains… Like making a meal, it’s easier to add seasoning than take it away.

Surplus Combat Pants and Iron Sights, they’ll work well enough… in low light you might wish to add a weapon-light, or possibly an illuminator for NV work… I personally like having some form of optic on a primary but sometimes “Irons” are all you need.

Add a sling and grips/controls suited to your particular ergonomic needs and there’s not much else you need. Beyond that it’s about the impression, And that’s where we seem to add the most weight! 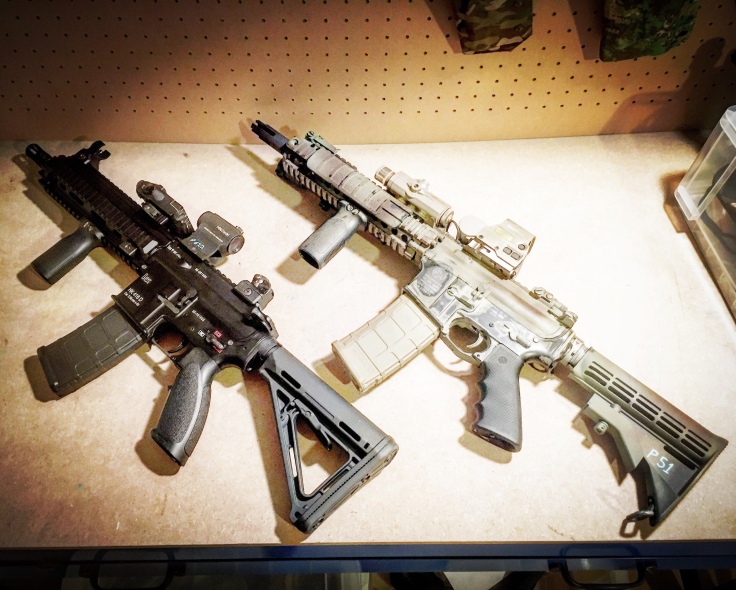 One bit of homework for those who are willing… Put your standard load-out on a table, take out everything you absolutely don’t need and then put it all back on… If in doubt, trim all that cool shit off your loadout… If it’s not been used for 3 games, play a game without it. Just for shits and giggles play a game (even a short one) with just the bare minimum… you might be surprised at how much you enjoy it.

3 thoughts on “Kaizen – Progress Not Perfection”