Some time ago I was having a run of buying a new pistol (Or two) every month… It got a little silly to be fair. And the associated spare magazine/holstering costs made each pistol package cost around £300.

One of these pistols however was a real sleeper hit, It wasn’t one I particularly wanted before buying it.. But when your job pays well enough to not worry about your silly expenditure but you don’t have time to play, you can often find yourself using airsoft purchases as a surrogate for actual game time.

When the M&P9 arrived I was quickly impressed, even next to the powerhouse that is the HK45 it had a nigh on unbeatable performance. One thing I did want to do was turn this into an effective low light weapon for CQB. I added a genuine Surefire X300 Ultra but sometimes a shot in the dark is preferable to shining a big bastard light at someone. Plus who doesn’t like to be a badass, sneaking around in the dark… Simply posting #weownthenight isn’t as much fun as figuratively “taking scalps” and moving through a team of players like some kind of lovechild of Bane and John Wick. 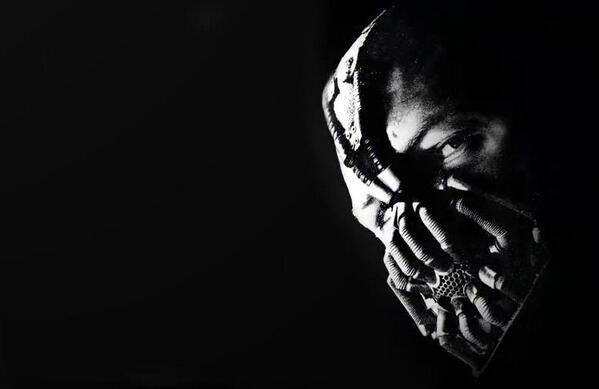 The M&P is a fantastic addition to the armoury, One thats often a contender for top spot. But the addition of some tritium sights is something that brings a lot more to an already great package, no matter the pistol. 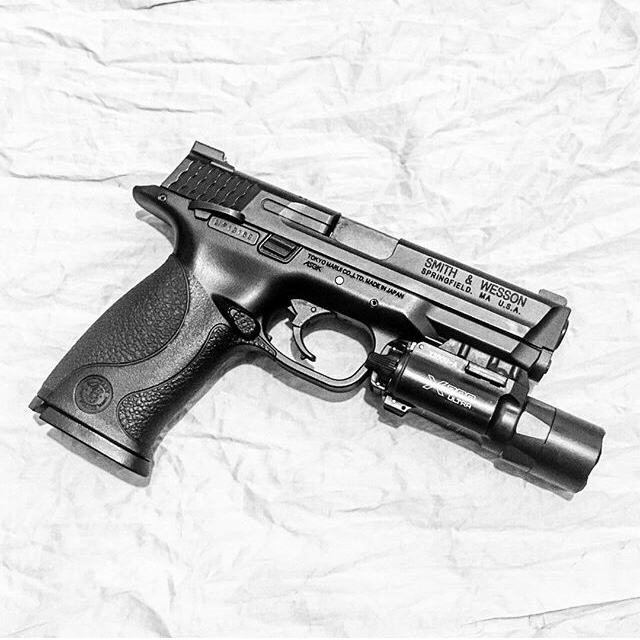 I stumbled upon the UAC sights whilst adding stuff to an already packed fire-support cart, again it wasn’t something I paid too much attention to but having been a long term fan of tritium sights I was eager to add this capability to my pistol.

Soon after, I received the always joyous “red card” alerting me to the need to pop round the corner to my ever friendly post office to collect a box of goodies… It says volumes about your household buying habits when the postmaster smiles and grabs a package for you and says “Handbags or guns this time?” (My wife is the handbag equivalent of a gear whore, but for Harris Tweed, Prada and Radley… her IG would probably be filled with her posing with hashtags like #tweedorbleed and #radleyasfuck with of course the obligatory cat photos)

The sights are solidly made, they don’t appear to be modelled directly on specific real steel sights but this being a function over form replica I’m not that fussed.

The primary sighting system is a double green fibre optic rear sight with a single red fibre post fore sight. I’d like to see how the reverse would have looked with a pair of reds aside a single green dot but you do get used to it.

The fibre sights are incredibly effective at gathering any available light. In direct sunlight they positively glow, and in even under faint lighting they provide enough reference to get a good sight picture.

The real magic happens when it gets a little darker… Both Fore and Aft, there’s a single green tritium dot, when one is put atop the other you have an aligned pistol… the idea being that your intended target should be where an imagined third dot would appear. Again, a double dot sight takes a little practice to get used to, but it works effectively once you understand the shot placement of your pistol.

I’ve had these sights for about a year and a half and there’s no noticeable decay as yet, bearing in mind that Tritium has roughly a 12.5 year half life, this means that in 8 years I’ll lose about 25% of my brightness (if I’ve got my maths right) 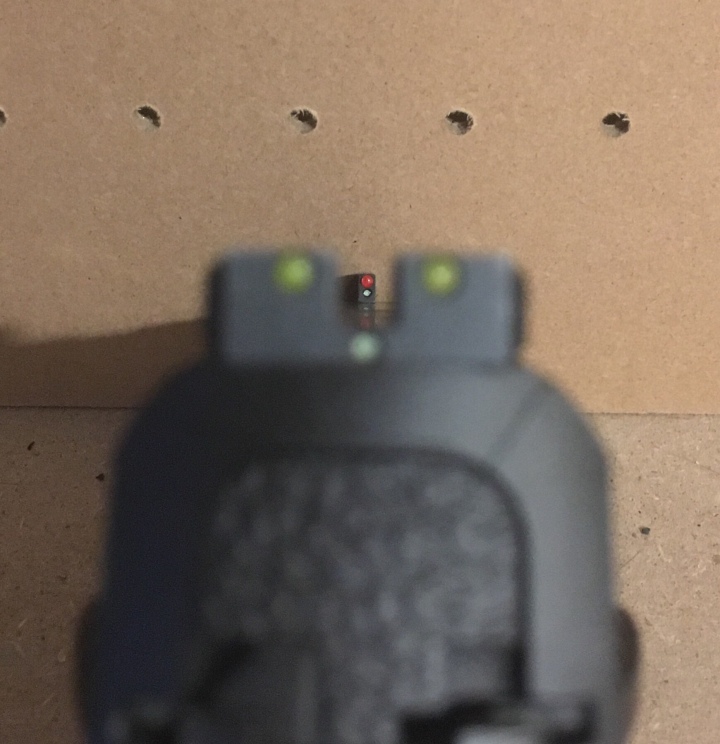 If the pistol still resides in my collection then I’ll be sure to buy some new vials… however that’s the future, we’ll probably be shooting laser pistols by then 😂

Overall I’d recommend some form of tritium sight on any pistol, especially if shooting in low light conditions. Should it be your sidearm of choice, these will serve you well. Along with other models supported by UAC, there are other manufacturers such as Guns Modify offering Trijicon style sights for Glocks etc should you wish, but some far east companies don’t like exporting tritium as it’s mildly radioactive… so make sure the version your buying is Tritium not GITD.