“Originally Created for a Military unit using the MP7”

Well, Not too much to read into there… Probably not going to be MOD Plod or the Swiss Pontifical Guard. The correct answer is obviously SEALs, specifically DEVGRU.

The MP7 has seen a fair amount of use within this unit, due to its Near Hollywood Silence and ability to put several shots in a head sized target very quickly it’s a weapon that’s gained a firm reputation as an effective sentry/Guard dog eliminator. Although for the most part a 416 will do much the same, with more stopping power and in all fairness, not being much more than a few inches longer.

Another use, and one which suits the use of this rig is for covert operations, specifically those in which vehicles play a part… There’s even a scene in “Seal Team” where the MP7 is used to intimidate an officer at a check point, “Jason Hayes” calmly talking about putting a 40 round mag through his mid section whilst cradling the MP7 on his lap. Now I can’t recall the rig in use on that episode, but the BFG Ten-Speed would have not looked out of place.

This rig is the very essence of high speed, low profile gear. Probably one of the only items of gear that you could wear under a shirt without anyone noticing, even with the mags in the ten-speed pouches it’s a seriously slim bit of kit.

I originally bought this to replace two separate mag loadbearing solutions (a Blackhawk! Omega Dropleg and a BFG Ten-Speed pouch on the front of my old JPC)

In terms of usability, it’s fantastic. There’s the obvious reinsertion of mags that isn’t as fast as say a bunch of HSGI Tacos or Esstac Kywi pouches, but you do have a good level of retention without an impeded draw.

The pouches are proven to accommodate MP7, MP5, Uzi, MAC 10, Glock and Colt SMG mags… in addition they’ll hold virtually any pistol magazine under the sun and indeed anything else of a similar dimension.

Quality, as always with BlueForceGear is outstanding. The stitching is accurate and tough, the materials used are chosen with cost as a final denominator. Made almost entirely from lightweight cordura and webbing, All in the Multicam colourway, even the Velcro panel on the rear strap is matched to the rest of the rig. The straps are reinforced but not over engineered… the lack of clips on the front does mean that this rig is best suited over slick armour or no armour at all, the addition of clips would have allowed for attachment to most ITW QASM Systems but you can buy/build placards that’ll fulfil that role just as well.

The overall layout is simple yet effective, consisting of a 5 x ten speed elastic magazine pouch layout with a 3 x 3 molle panel on each side, not something I’ve used but adding a ten speed M4/7.62 pouch would allow for carriage of a radio or grenade. Personally though, adding to this rig would take away from its main strength, Unless you can find a specific reason to add to it, don’t.

The strap layout is similar to the original Haley D3CR, an H harness with an independent waist strap. Using ITW nexus hardware and with a massive degree of adjustment it’s sure to fit no matter your size.

This isn’t a bit of gear that gets used often… I generally have it at the bottom of my gear bag in case I decide to use my MP7 or MP5, another reason I’m hesitant to part with it is it’s sheer ability that disappear under layers, surely its raison d’etre with the “military unit” which asked for its creation in the first place… with a fair amount of the games I play being roleplay, the ability to hide a large amount of firepower can lead to some interesting scenarios!

A final feature is an 18″ x 6″ document wallet within the vest, again it’s not something I’ve ever had reason to use but it adds almost no weight and can hold an OS map or similar with ease. 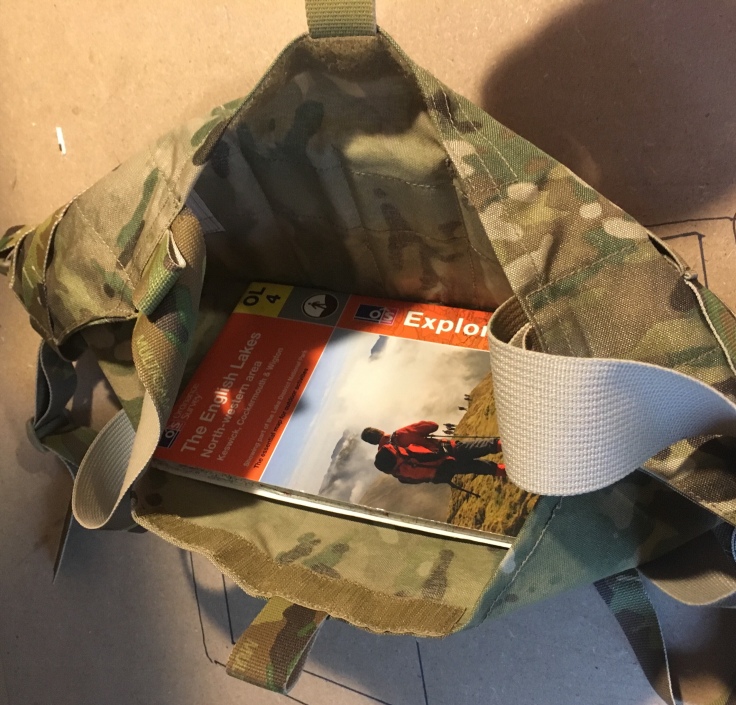 If your replica of choice is M4 shaped there’s an accompanying rig that’s designed with a triple M4 pouch on the front, Virtually identical apart from the obvious it’s ideally placed to offer that same low profile carriage option.

So, with a number of recent impulse purchases and a few upcoming desirable releases (Such as the newly released Haley D3CRM) it’s possibly going to end up in the sale box, but honestly I’ll be keeping it if at all possible purely because it fills an odd little role for possibly one little part of a themed game… but I’ve kept gear for worse reasons.