So, Let’s be honest… TV hasn’t been wholly kind to the SF units portrayed within various shows… weapon and gear errors are one thing, but the stereotypical poor acting and cramming of inconsequential bullshit storytelling are generally enough to tip anyone over the edge.

Season 1 of Ultimate Force you could say was alright for its time, budget constraints and the need for some semblance of a story arc are what allowed the series to hit a downward curve, especially after the end of season 2… the departure of a reputable technical adviser in Chris Ryan pretty much sealed the fate of that show… the mere phrase “Cut the wire with a bullet” is a bit of a catchphrase with the guys I play with… often said when asked to assault a heavily defended bunker.

“The Unit” was a marginally better affair, Serious money was invested and a combination between seasoned talent such as Dennis “President Palmer” Haysbert and Robert “T-1000” Patrick to relative newcomers like Scott Foley (Up until then had only been in small roles such as in Scrubs), Max Martini (Previously seen in Saving Private Ryan and who went on to play “Oz” in 13 Hours… He’s one of those actors who keeps popping up in bit part roles) and also Michael Irby, who played probably the coolest operator on the team… Charles “Betty Blue” Grey.

Now I know it sounds like I’m being harsh on those two series but it’s partly out of me being a massive fan… I feel they were both led down a path where the overall direction was very different from what made it initially a success.

So, fast forward a decade or so, SEAL Team hits the screens in the US… whilst browsing the streaming sites I come across the first 2 episodes and pretty much from the first 30 seconds I’m hooked.

The series is rapidly approaching its season 1 finale in the US, with it only a handful of episodes in on Sky One in the UK. The premise of the series revolving around “Bravo Team” a mixed bunch of personalities within DEVGRU (Previously Seal Team Six, although you already knew that…)

Jason Hayes played by David Boreanaz is the salty leader of Bravo Team, a seasoned vet with an ability to think on his feet and carrying a fair amount of baggage from both previous missions and his personal life…

The young buck “Clay Spenser” played by Max Theriot, a trainee within Green Team and (Mild Spoiler Alert) later Bravo Team who is early on trying to find his own path whilst dealing with the difficulties of a steep learning curve within training, the pressure of love and loss along with the feeling of being under the shadow of his father (A retired Operator and author of a tell-all account of his time in ST6) who is by all accounts not held in high regard.

Ray, the teams 2IC and Marksman has to deal with the pressures of being a husband, father and operator… The weight of his decisions often burden him and although he is more than able to step up in a leadership role he is best placed as a thinking and calculated counter to Jason’s reactive personality. His insight often helps the team leader come to a better decision. 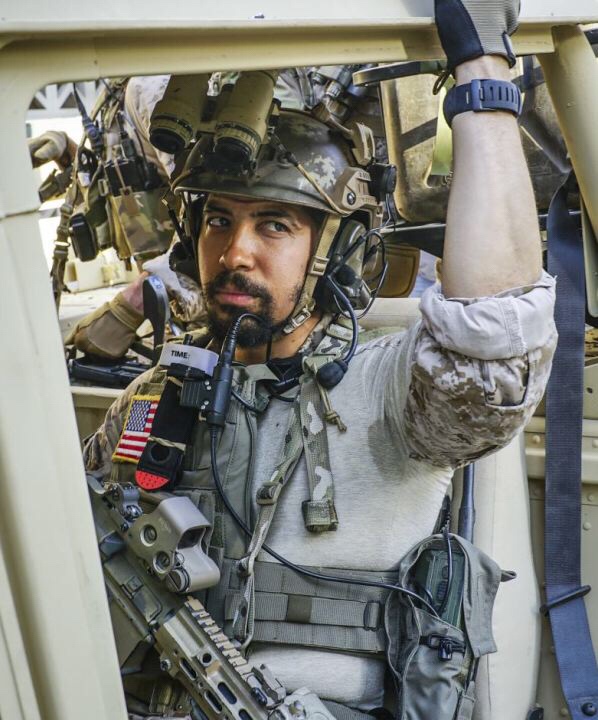 “Sonny” the stereotypical Texan heavy weapons specialist, as quick to shoot his mouth off as he is to pull the trigger. A volatile character and prone to angry outbursts… But also not without his humour, a difficult character to gauge… I’m still trying to work out if I like this guy or not, I think that’s a positive as his character isn’t wholly made to be the hero and kudos to AJ Buckley for being able to make a non central character into someone people want  to know more about, hopefully during season 2 we see more of Sonny.

Supporting the main cast… Brock and Trent, played by Justin Melnick and Tyler Grey respectively add some serious credibility to the series… often floating around the edge of the screen and being crucial to the overall mission but never taking the limelight from the acting “talent”

Tyler Grey, A Ranger and SFOD-Delta veteran adds a massive amount of technical expertise to the cast and has obviously spent a fair amount of time with the cast and crew to ensure everything from the weapons and gear to the basic weapons handling and tactics are legitimate (albeit sometimes washed down to preserve those tactics which are still in use) Well known in the US for being a member of the directing staff on “The Selection” a US version of “SAS: Who Dares Wins” and also a bit part playing a SEAL in Suicide Squad.

Justin Melnick brings yet more expertise with his background in law enforcement, specifically as a dog handler with his canine companion… Dita “The Hair Missile” who plays Cerberus, the teams multi skilled Sniffer, scout and attack dog.

His connection to Crye has also provided a rare “first seen on screen” example of some new gear such as the new and yet to be release Crye elastic pouches and cummerbund. 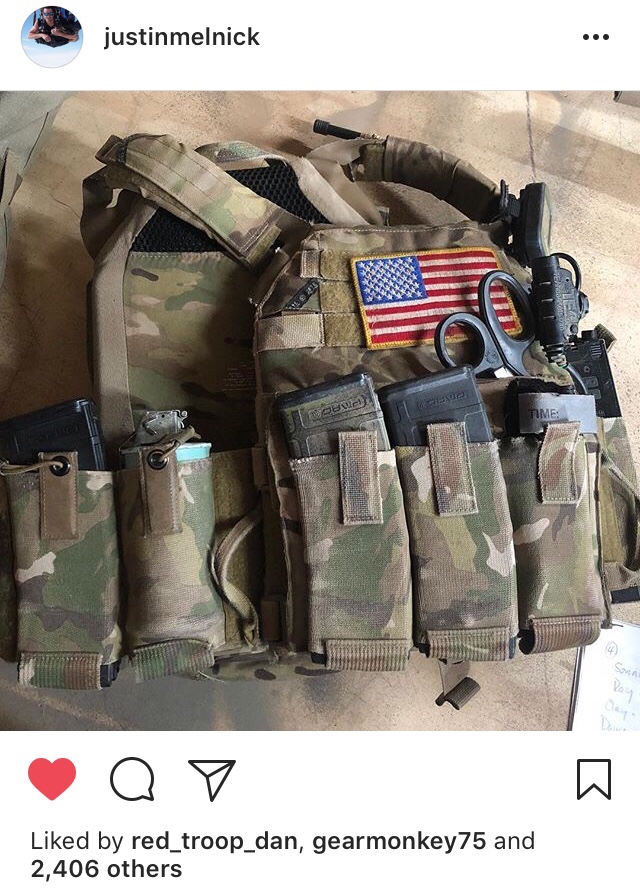 The other cast, playing support roles such as Toni Trucks’s support and logistics/quartermaster character Lisa Davies, brings a credible female presence to the team along with Jessica Pare’s CIA intel officer.

here are other familiar faces such as C. Thomas Howell who also appears in the recent and disappointingly underwhelming Punisher series and a return to the “faux special forces community” for Michael Irby from The Unit, who plays a member of the Green Team training staff and Clay’s mentor along with a sneaky cameo for Michael “Yondu” Rooker who certainly deserves a bigger role or at least a reprise in a future episode.

So, with the cast rounded off… onto the gear and weapons. Here is where SEAL Team ticks a lot of boxes… Bravo Team being predominantly armed with some very sexy looking 416 10″ carbines alongside SR-25 Enhanced Carbine Marksmanship Rifles, MP7 PDWs and Mk46 SAWs. The bad guys almost universally use AK derivatives but on occasion where suitable will go with older AR15 pattern rifles and various support weapons such as an often (in other media) substituted DsHK “Dushka” HMG.

Gear, another strong point… with the gearwhores positively creaming their pants at the volume of Crye, S&S Precision, Blue Force Gear, Ops Core and various other makes on display… there’s even the odd appearance of older rigs for specific characters which could reference their individual tastes for LBT 6094s and the like.

Tactics are a “screen friendly” version of what you’d see in a training video or within a demo, subtle little nods to real world tactics and a believable overall feel help shape this as a great watch for even the Monday morning quarterbacks who live to pull apart a film or TV show.

The storyline itself consists of an overall arc (well, a few connected arcs) with an individual episode consisting of the tried and tested formula of “prologue, briefing, overcoming a problem on mission and extraction/resolution“. It’s not original but it works, from Star Wars to Shakespeare… There’s room for some of the characters to grow, I certainly would like to see Justin Melnick and Tyler Grey have more screen time but this might be a decision they’ve made, better to stay in the background and focus on delivering a believable overall show than crowd the limelight. Also there has been a distinct nudge towards Jason Hayes personal journey and although he is the main character I would hate to see this become too focused on just this one character when there’s a lot of scope for the development of Clay, Sonny and even the supporting cast. 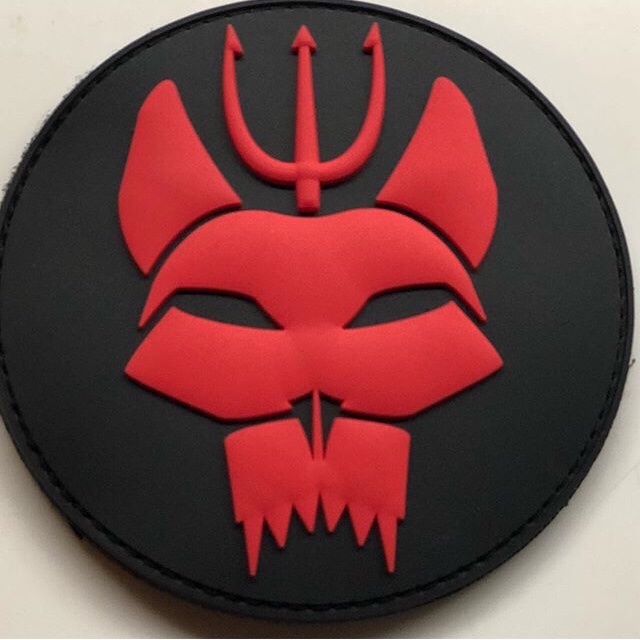 Give it a watch, if your not hooked by the end of Episode 1 then I’ll be surprised…