You should be very careful about who you talk to online… The online world is a place where men are men, women are men and little girls are FBI agents. Once in a while however, you talk to a kindred spirit, Someone whose experiences draw a familiar parallel to your own… You get talking and before you know it they’ve convinced you into buying enough Gucci Tactical gear to outfit a whole team!

One of these kindred spirits is @cryemeariver, The author of The Gear Confessional. A relative newcomer (like myself) to the blog scene, but a long time player, collector of replicas and forum dweller…In the brief time I’ve chatted to him I’ve found him to be very knowledgable, rather humble and as you’d expect, he has an eye for the bargains… So far he’s pointed me in the direction of several items I’ve added to the gear collection! He’s also a fellow member of the Gas Blowback Master-race, Theres generally no better judge of character than that! 😂

After a number of chats ranging from Gear to Guns, Sites to family, I thought I’d take an opportunity to ask a few questions… 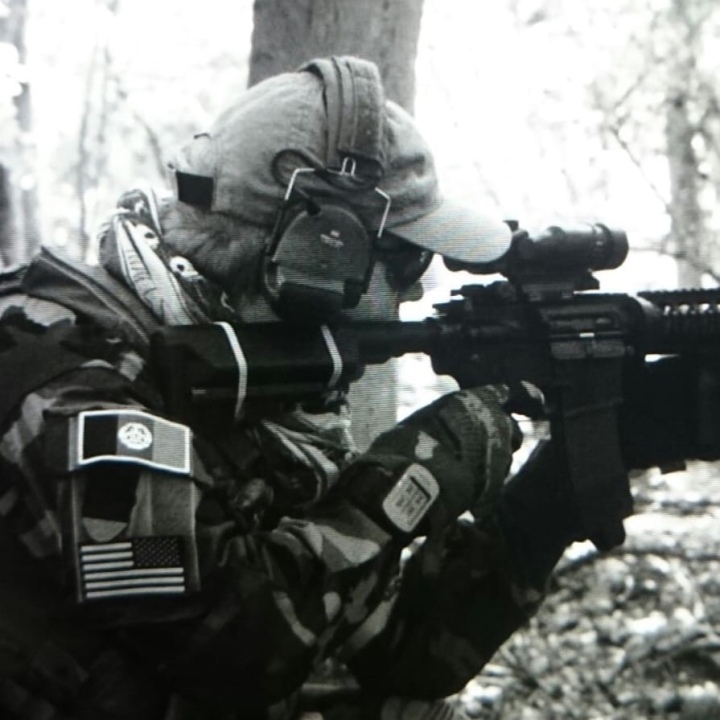 Q, So, to set the mood… How long have you been playing Airsoft? And where about do you play?

Thank you so much for having me, I feel like Eddie Murphy bluffing his way through ‘Trading Places’ when I am chatting to you, Rich, Jay, Andy or Dave to be honest. I have been ‘playing’ with airsoft RiFs since 1993, starting with Tokyo Marui springers, then NBBs. Skirmishing was something I first discovered in late 2005, jumped in with a Tokyo Marui AK47 Beta Spetsnaz and never looked back. No, I tell a lie. I looked back in 2016 when I realised how bored I was of AEGs and felt I needed something else. I mainly play at the excellent Battle Lakes and superb Ace Combat Airsoft sites in Kent or the sprawling Dog Tag at Holmbush, West Sussex. I did frequent CSW in Portsmouth but the travelling costs just became too much for me. I have an exclusively woodland based experience of airsoft so far in my hobby ‘career’.

Q, Like a growing amount of the community who strive for realism, You’ve opted to go with a Tokyo Marui MWS Gas Blowback Replica… Tell us a little more about your choice, and what else is in the armoury at the moment?

My armoury is quite eclectic: I love gas blowback: the recoil, the action, the added realism and even the smells provide a level which interests me more than plugging a battery into a motor driven AEG. The TM M4A1 MWS is the RiF which pulled me back from quitting the hobby. I needed something different as mentioned and it has delivered in spades. I still have my original TM NBB Desert Eagle, a NBB TM Mk23 SOCOM, a NBB SRC Mauser HSC (because it was about a tenner) and several GBB pistols; one each of: TM P226E2, TM M9A1, TM M92F, TM Detonics. 45 Combat Master, Maruzen PPK/S, WE XDM, WE Glock 19 and a KJW Glock 27. I am an unashamedly huge TM fan and utterly unapologetic about it. My AEGs have been thinned down and gather dust really: a TM FAMAS F1 I acquired as new after swapping it at a surplus shop for a deactivated S&W revolver I had as a kid (my Dad is **that** Dad) – they got the better deal I think, a Star M14 SOPMOD based on the Troy Industries design which I grabbed as it looks the dog’s danglies and finally a G&P M16/M203 nabbed pre-VCRA and because, well, ‘Predator’. I have used an AEG once since the arrival of my TM GBBR… 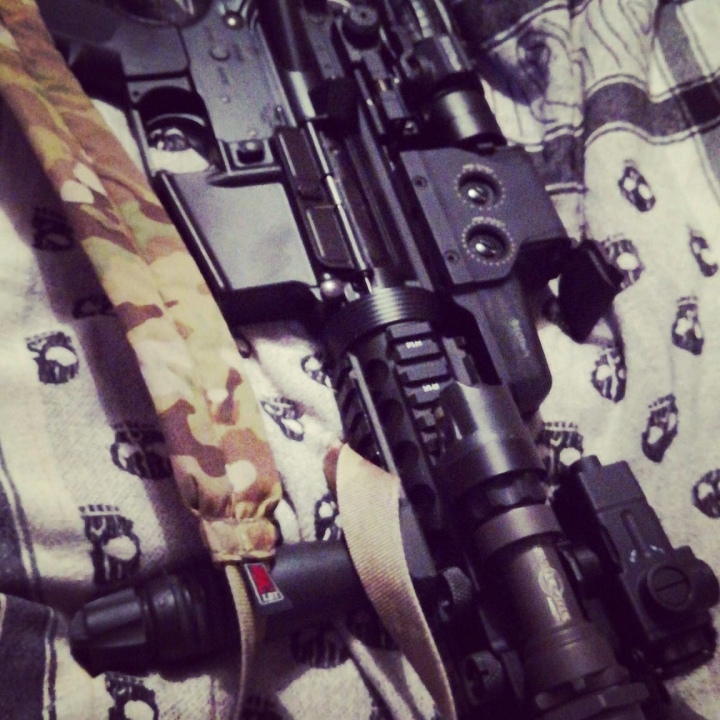 Q, So, Choosing to field a GBBR has it’s obvious disadvantages… How would you recommend a relative newcomer to the GBBR fold overcomes these? And do you see any benefits to using gas replicas aside from the realism?

Benefits of a GBBR, recommendations for a newcomer?! Blimey! Well, apart from as I have mentioned, the way you have to pick your shots, move, hide, stalk and ambush your ‘quarry’ in order to not be rinsed by a hi-cap wielding opponent changes how you approach a game. If you are a spray and pray merchant, then this may not be for you, but if you are bored of ‘speedball’ and want a gear shift change, then going TM and buying one of their GBBRs is the way to go. I overcome these disadvantages by trying to pick my battles and positions a bit more carefully and by getting my shots in first. Luckily, the magic pixie dust in a TM HOP unit allows you to rarely feel out ranged unless against a decent sniper rifle.

Q, I’ve got to ask… What’s your biggest gear confession? And are there any items you’ve bought and then thought “bloody hell, why did I spend that much?”

Worst buy was the Ops-Core Gunsight Mandible. £350 or so for something I didn’t need as much as I had thought. When I won it, I had instantaneous buyer’s remorse. The wife would genuinely divorce me if I ever admitted this. Thank goodness I made my money back on it with a cash + Eagle Industries AORII gear trade with a superb contact of mine. Worst budget buy is pretty much anything Viper I bought in my formative skirmishing years. Worst RiF was an ICS Galil. Looked amazing, never shot well.

Q, With Tactical gear always going through phases of popularity and availability, Are there any items you think might be worth hanging onto for the potential for them to become more valuable in the future?

What do I own that may appreciate in value?! Probably my £150.00 Trijicon ACOG TA01, my Platatac NDS camouflage set and the LBT 1794 holster for my Mk23 SOCOM. I think brands like Crye Precision, LBT and Eagle Industries will hold their value. That may change if DEVGRU charge into Syria and take out al-Baghdadi wearing Patagonia kit, as it seems it is the prowess of the unit which wears the gear which dictates value or worth in the gear trading world. Or so it seems to me at least.

Q, I know you have commitments outside of Airsoft that keep you busy, Any plans to attend any of the weekend events this year?

I would love to attend a weekender, but I work to live and my family always have my priority. Having seen my youngest daughter laying on the floor, blue and motionless after being herself 30 minutes earlier (she is fine now, it was a febrile convulsion caused by an infection) spending time with my girls and my wife are pretty much my weekends. A day’s skirmish is a much planned event, let alone a weekender. But if I ever can, you will be my first port of call! 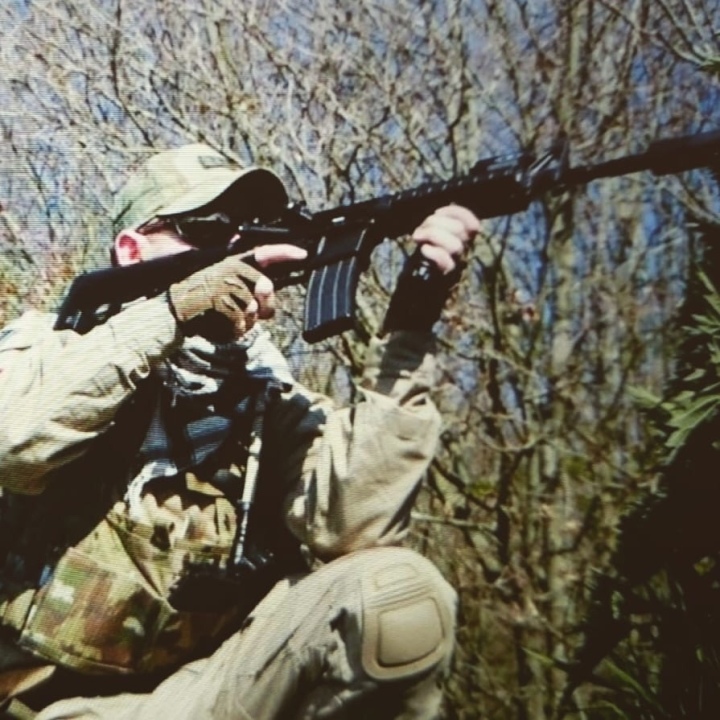 Q, A final question, What single aspect of Airsoft do you really like? And what would you change if you could?

What I love and have always loved about airsoft is the comradery. I am a very insecure, insular and introverted guy and suspect I am probably on some sort of scale, but airsoft and airsofters have helped me be ‘a better me’. It gets me meeting new people and getting some ‘me time’ away from my family…as I know I drive them to distraction at times with my neurotic tendencies…

What would I change?! I think the aggression that can flare up in airsoft. It is quite intimidating, puts you off of a site and is always unnecessary. Take your hits, be the bigger player and get them back after the respawn.

It has been a pleasure, thanks for this therapy session!

A pleasure to have you on the blog! 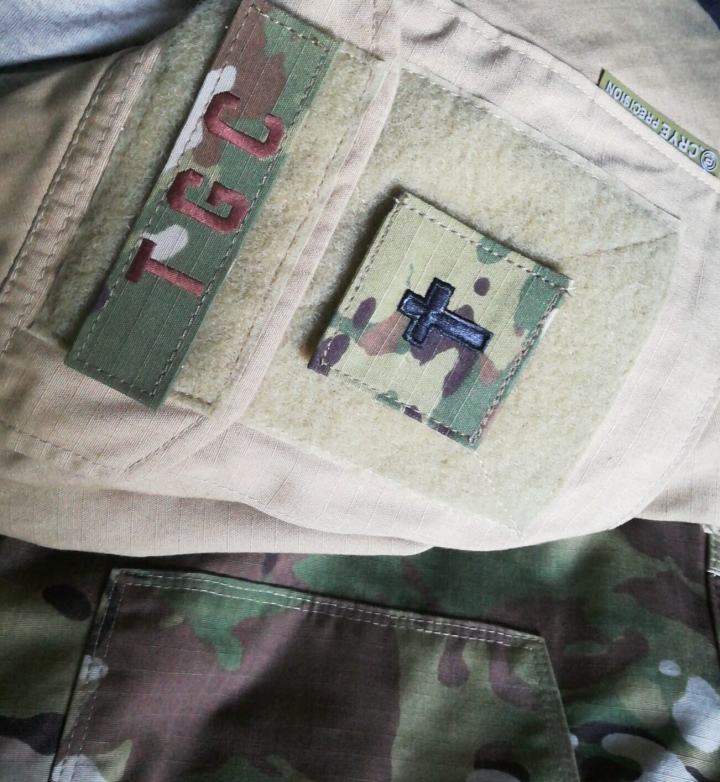 For anyone who hasn’t checked him out yet, I’d urge you to have a look… His rapidly expanding audience will attest to how some of his writing cuts straight to the heart of gear collecting… And without mentioning any names, He’s one of the few blogs that is routinely read by not just myself but many, Much more gifted and seasoned writers

A handy guy to know, Knowledgable on gear and quick to point you in the direction of a hard to track down bit of kit. Do yourself a favour, head to the confessional box and give him a follow on the below links…

3 thoughts on “The Cryemeariver Interview”