Belts… good for holding your trousers up, even better for load carriage.

Although there’s been a significant shift away from the heavy belt set ups of the 80s and 90s and even early 2000s, The advent of low profile “shooters belts” such as offered by Crye (The MRB) and Ronin Tactics (Senshi) its enabled those who require a certain amount of load carriage in their person at all times to lighten their torso carriage or supplement it whilst not adding significant bulk or impede their movement.

I was a long term advocate of the Blackhawk! Riggers belt, a throwback to many years ago and my eternal love of Tears of the Sun. However… I decided to make the jump to a low profile Molle belt as I genuinely wasn’t getting on with even a small amount of gear on my riggers belt, the weight of a sidearm, 2 pistol mags and a single rifle mag in even high speed low drag pouches was proving too much for the belt to support to a reasonable standard.

With weight, the belt moved and slipped. The pouches didn’t hold firm and unfortunately it just didn’t cut it. A shame as the Blackhawk! belt is a genuinely good but of gear and for those needing a tough belt built for the rigours of Combat there’s little else that’s been as proven in battle.

I’m proud of how close I keep my eye on gear companies that are starting up, I’m always looking to support those who provide a tactical option that’s both unique and offers me something I might not get elsewhere without either significant cost or indeed just isn’t available anywhere else.

FRV Tailoring is a veteran owned business, owned and run by ex and currently serving UK military you’ll see that many of their items are popular with those who are looking to adjust their service issued items with a touch of inspired genius. From CAT Tourniquet holders to modifications of issued gear it’s a great little lineup that’s on offer and indeed one of the signature products available, The Shooters Belt is popular with many Airsofters as a cost effective yet incredibly tough bit of kit. 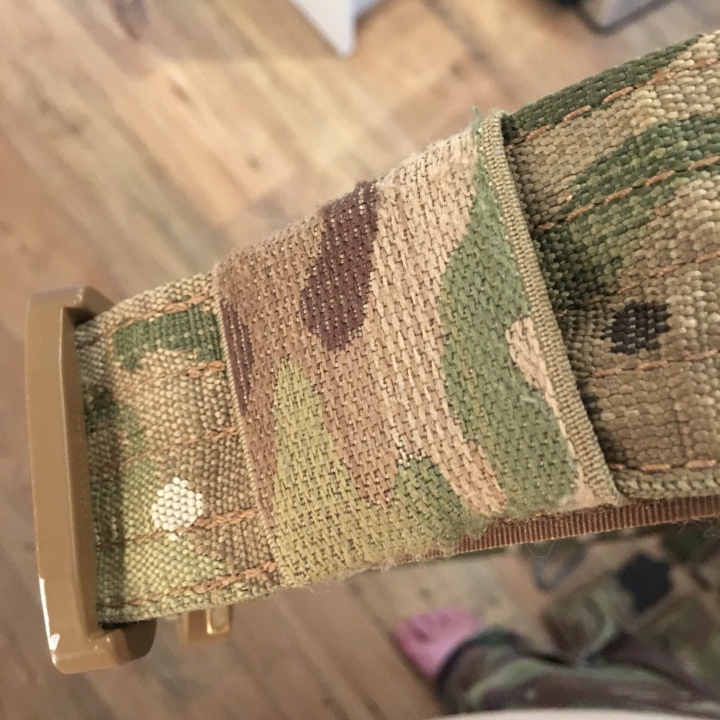 The belt itself is made in an Inner/outer belt design that’s pure genius. FRV cannot take credit for this design but they’ve certainly embraced its concept. An inner belt (with hook velcro facing outwards) being fed through your belt loops and a short inward facing section of loop allowing the belt to be secured and doing that all important job of keeping your trousers up.

The second section is the outer… lined on the interior with loop velcro it is comfortable when worn alone (in a rush you can simply wear it as a normal belt rig) but it’s true strength is when worn in conjunction with the inner. This provides a totally secure system where your load carriage doesn’t need to be fed through your belt loops but provides the same benefit of keeping your pants where they should be.

On the front of the belt is an Austrialpin Cobra buckle, capable of holding an extremely heavy load in excess of 4000lbs! So fine for my ex then… 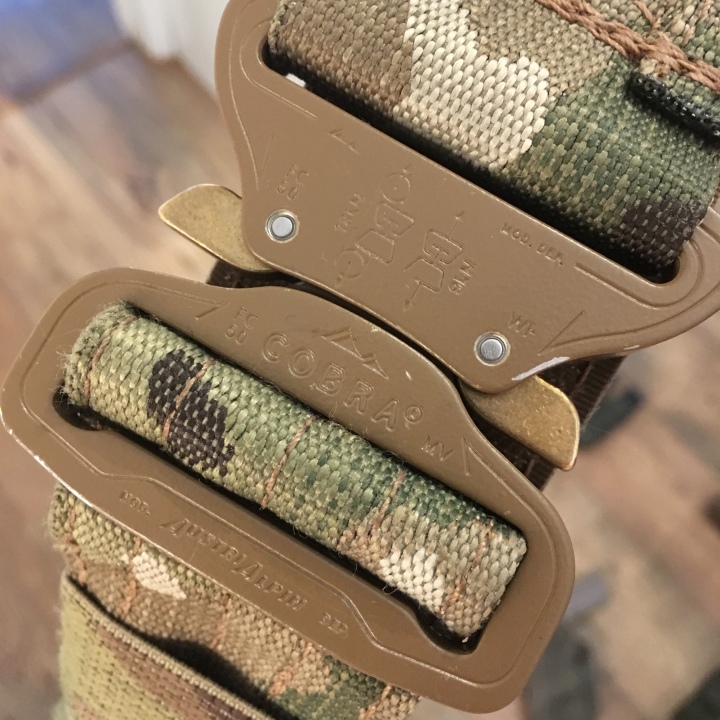 I opted for the non D-Ring option (It does mean that I can’t wear a cool looking retention lanyard but it’s not something I’d use apart from the look and having been to many an event with vehicles I’d honestly rather be thrown out than mangled up in the back of an upside down on fire WMIK that’s rapidly sinking. 😂

The outer belt, a double layer of webbing material which is stitched 5 times down the entire length of the belt for rigidity, a thin strip of webbing runs top and bottom… This forming the basis of the Molle compatibility that makes this belt such a useful addition to a loadout.

This webbing is sectioned off between 18 and 24 columns depending on the size ordered, Fatties getting more real estate at the expense of, well… Being fat.

Overall sizing is generous… Mine is a 36″ belt but with ample adjustment up to just under 40″ for those post Christmas chub runs.

In terms of attachment of your load bearing gear, It’s all dependant on the attachment points being used but I’ve happily used wrap around velcro straps such as those on Belt Mounted HSGI Tacos, also Bladetech Tek-Loks, Malice clips and standard Molle straps work very well with the belt.

I currently use a combination of pouches and attachments on my belt, Ive had it for over a year now and it’s incredibly tough with no signs of degradation whatsoever. I’ve got to say that it’s probably the toughest item of gear I own… It’s manufactured to what is in my opinion a standard that exceeds all but the most demanding expectations, what it might miss in polish and refinement it makes up for in brute strength and durability.

I’ve yet to see a single frayed end or Loose thread, the materials used are certainly up to task and the machining does it justice. The Cobra buckle is a great choice as well, simple in operation and design but strong enough that you’ll never actually push it anywhere near its limits.

The only criticism, if I can even call it that is that the inner belt is a little too wide for some belt loops. In an issued set of DPM or MTP combats it’s fine but in higher speed gear such as Crye G3 Combat Pants it can take a little work to get the inner belt to sit flat… In my FFI M81 pants for example the hook has prematurely worn away at the belt loops causing loose threads (Although this says more about the pants than my belt). 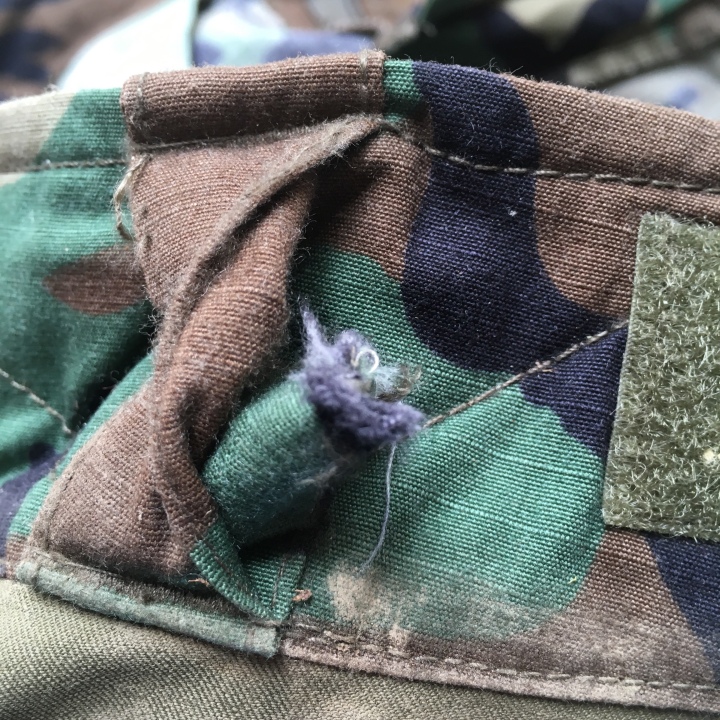 Overall I cannot recommend this belt enough, it’s perfect for my needs and it’s certainly durable enough to stand the test of time. Just be aware that when ordering from FRV that military and law enforcement orders will rightfully take priority… If your simply looking for an item for Airsoft expect to be pushed back a little if another order comes in for someone whose life depends on getting their gear first. Having said that, they do keep as much as possible in stock… My belt was actually available for immediate dispatch when I ordered it.