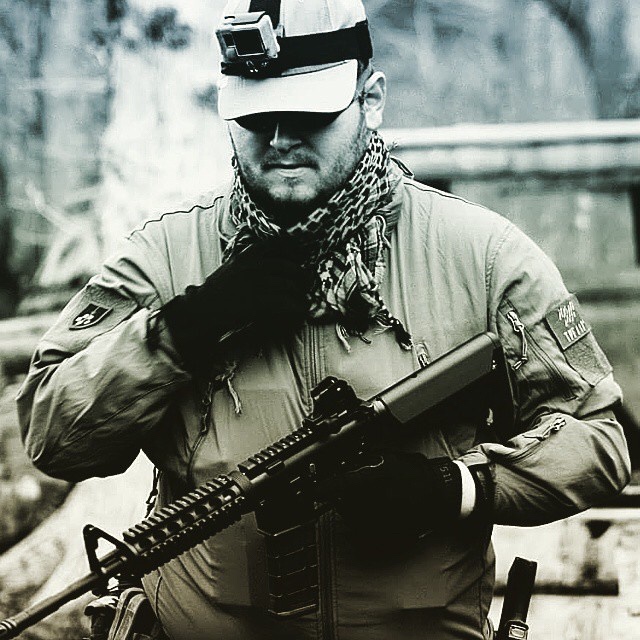 Sometimes it’s so obvious that you forget it’s right in front of you.. Thats certainly true of the one item I’ve had for many years but haven’t reviewed… It took Rich (Of The Reptile House Blog) to point out to me that there was a glaring omission from my ever growing list of reviewed kit… One so central to many of my other reviews that I’m almost duty bound to give you a rambling account of how it’s served me and shape into something resembling a review!

The Tokyo Marui M4A1 SOPMOD, Not the older version made of plastic but the redesigned Next Generation Recoil Shock (NGRS) replica which has now become so commonplace that it sometimes feels that you see nothing but TM Recoils on the UK playing fields. I’ve owned a few and actually had three Recoils at one point… I’ve since scaled back the collection and the one that stayed was the first one I bought… Not because it performed better, Indeed the 416D and AK102 both shot just as well, But you can’t turn either into anything else… An M4 base offers much more in terms of customisation. 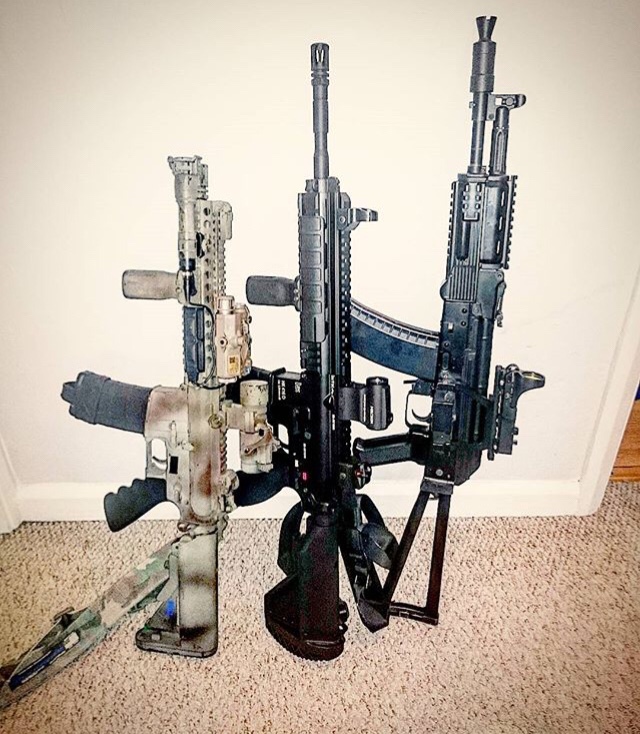 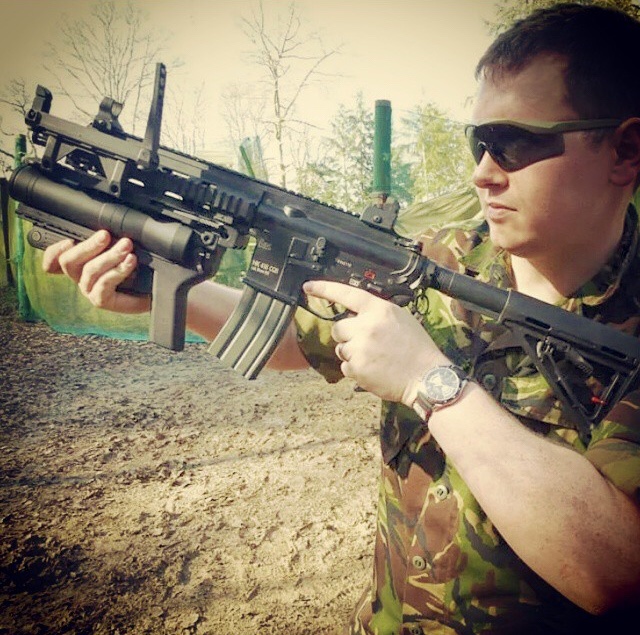 A retailer was selling up all their stock and given the choice between practically all of the models on offer, I decided on the SOPMOD for a number of reasons… The main one being that I like the bog standard M4A1 look and after a couple of years with a 416 I craved a design I could adapt to a number of roles… And boy, I sure did change it up. 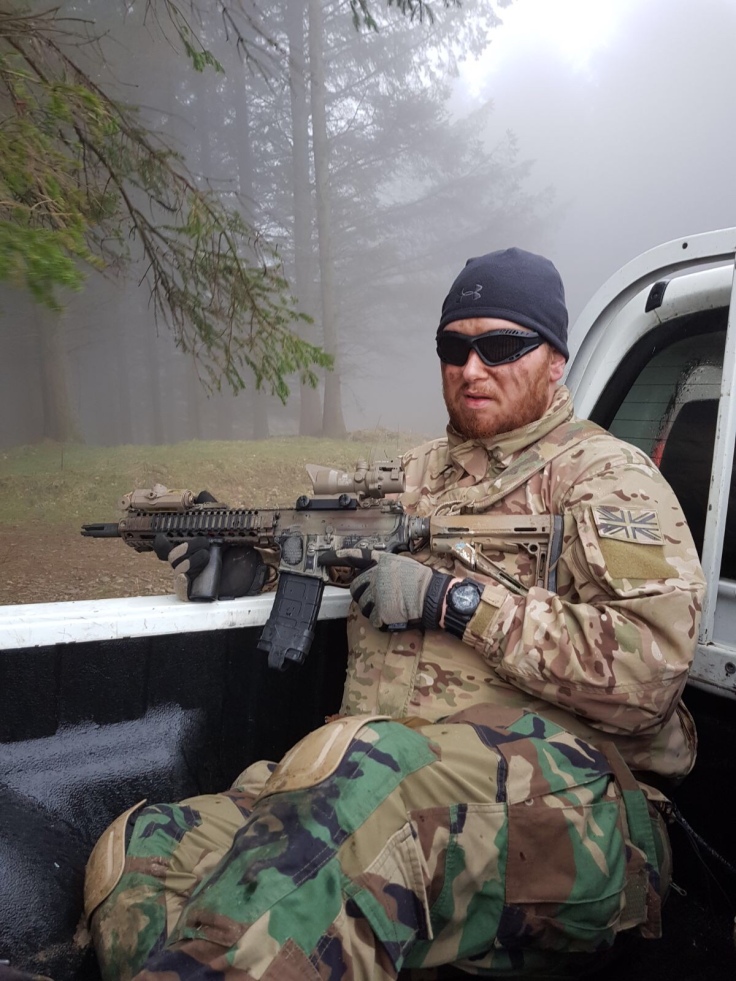 So, upon opening the box I had my first look at this handsome looking replica. There’s something immensely gratifying about how Marui package their replicas… Certainly their Next-Gen replicas are well presented and look great in the box. Retained by velcro straps I eagerly took out the M4 and had a proper look. However, one key thing had to be done before I could use it… Marui developed the SOPMOD to use a proprietary battery system contained within the stock, without the ability to use the buffer tube for battery storage you either have to front wire your replica or get very damn creative with how you store your battery. The most common adjustment is to take out the contact bars that run power from the stock onto the buffer tube and solder a pair of wires onto them with a Deans connection. this allows you to instantly use any battery pack that’ll fit inside a crane stock… Great upgrade and one of the few “essential” mods to any SOPMOD/416 Recoil… However, There are other ways of installing a battery in a replica. 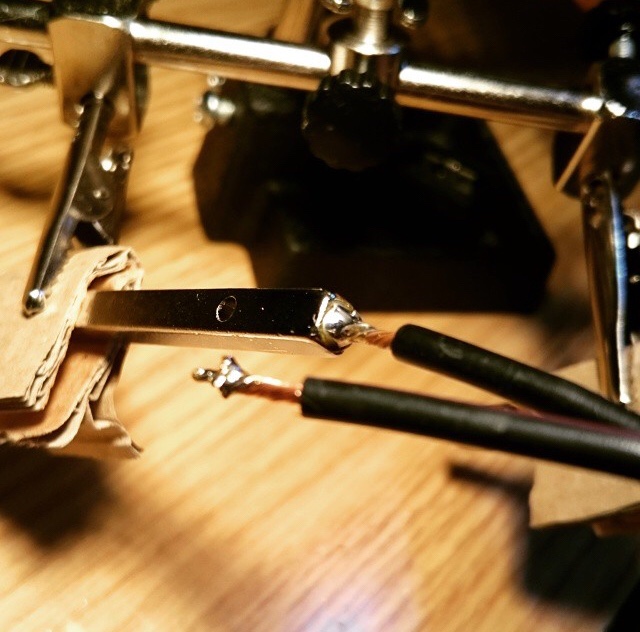 As far as upgrades go, The recoil series of replicas don’t actually need anything to be extremely competitive out the box. People might focus on its relatively low FPS out of the box, But that’d be a mistake. Tokyo Marui have a reputation for only caring about their domestic market, And up to a point that’d be true… Their lack of direct interaction with any business or distributor outside of Japan is one most likely borne out of necessity than convenience… The biggest market outside of Japan is the US which is a notoriously tough market to crack and without considerable spend it’s likely to be out-marketed by its established, US represented competitors. “But Tokyo Marui have been around for 30 years!!! Why didn’t they do it years ago… Before there was even competition?”. Well, Same answer… A big expenditure and a high chance of failure. Add this to the fact that Tokyo Marui place unlicensed trademarks on all their replicas and it leads to solid reasoning that they wouldn’t want to take on any liability. The Japanese are rather insular, As far as non domestic copyright is concerned it’s seen more as guidelines than actual rules… 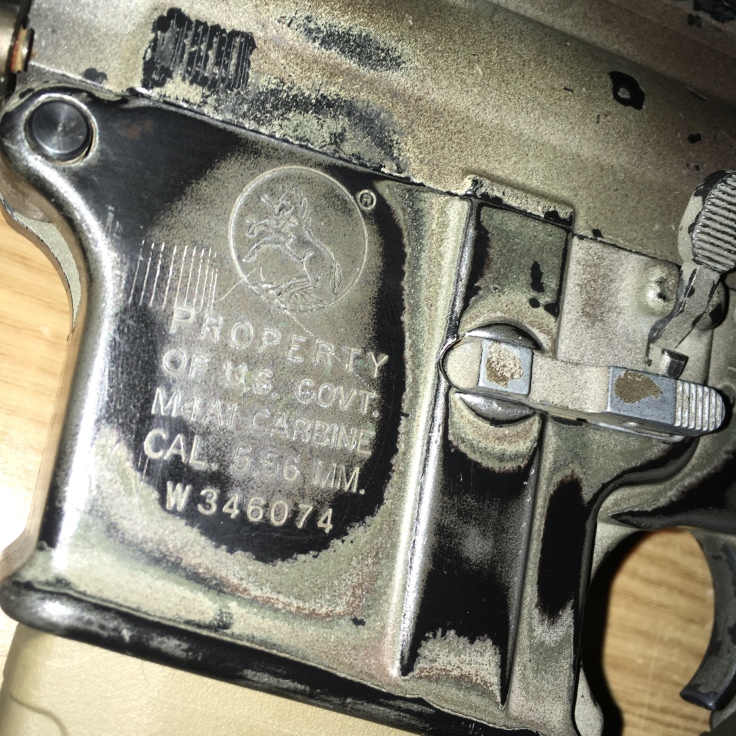 So performance… Well it’s been a long time since my Recoil has been what you could call “out the box” but having said that, I’ve made surprisingly few changes. Out the box you can expect an FPS just shy of the 300 mark, Range is good at around 50m and consistency is above average… you’ll accurately place shots time after time in the same location (conditions permitting) and it’s certainly accurate enough to warrant a decent optic that you can zero in. 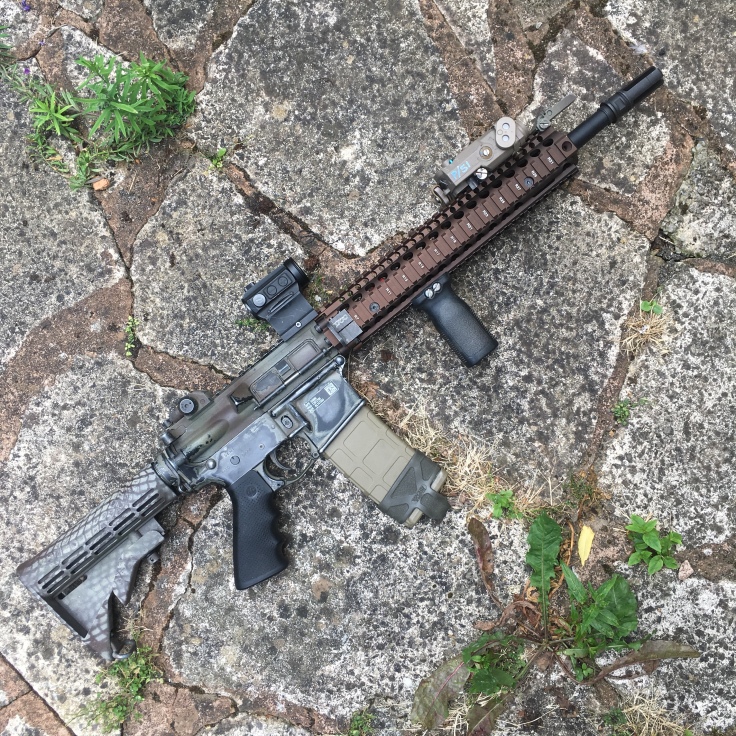 The main feature of the recoil shock series is the haptic feedback you get from firing each shot. The piston being connected to a sprung weight in the buffer tube causes a noticeable jolt each time the weapon cycles, a nice touch and one that’s lacking in the majority of replicas on the market. I wouldn’t go as far to say that the jolt feels in any way like recoil… The movement is far too soft and biased towards a forward moving impulse. 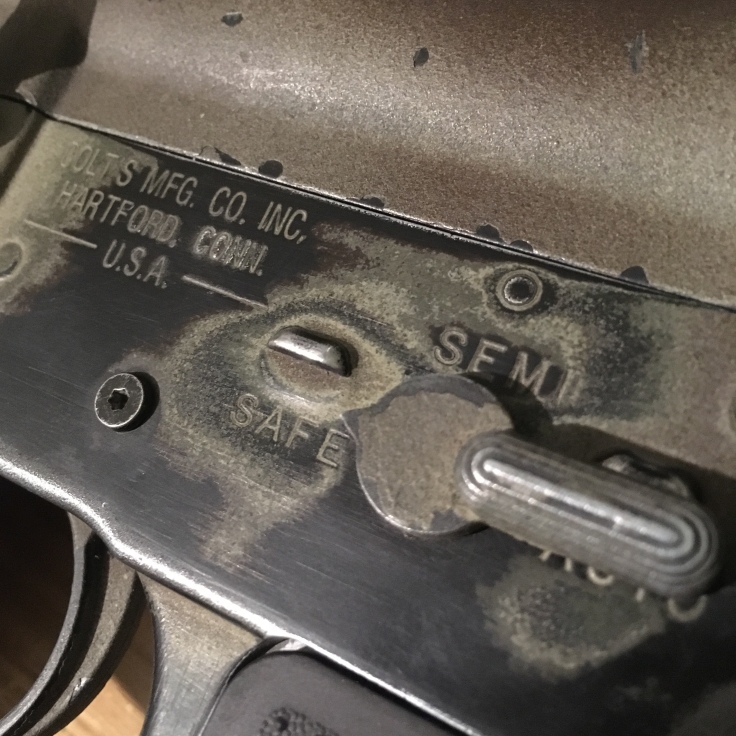 The second, arguably more desirable feature is that once the final shot has been fired from a loaded magazine, The replica will cease to cycle until the “bolt release” has been activated. 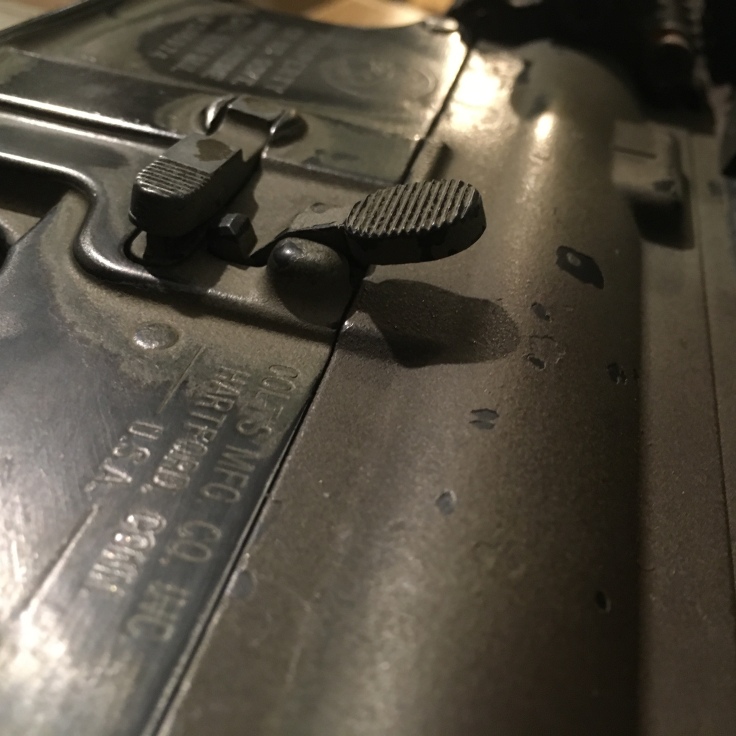 The way in which this is done is via a lever on the rear of the magazine which once empty will travel upwards and engage with a mechanism which engages with the cutoff lever inside the gearbox. It’s certainly a refreshing feature to have, certainly if your not used to it. As it stands, Only a handful of electrically powered replicas have this feature… ASG’s Scorpion EVO 3 line, KWA’s ERG Platform, Systema’s PTW range and a scarce few others have offered. 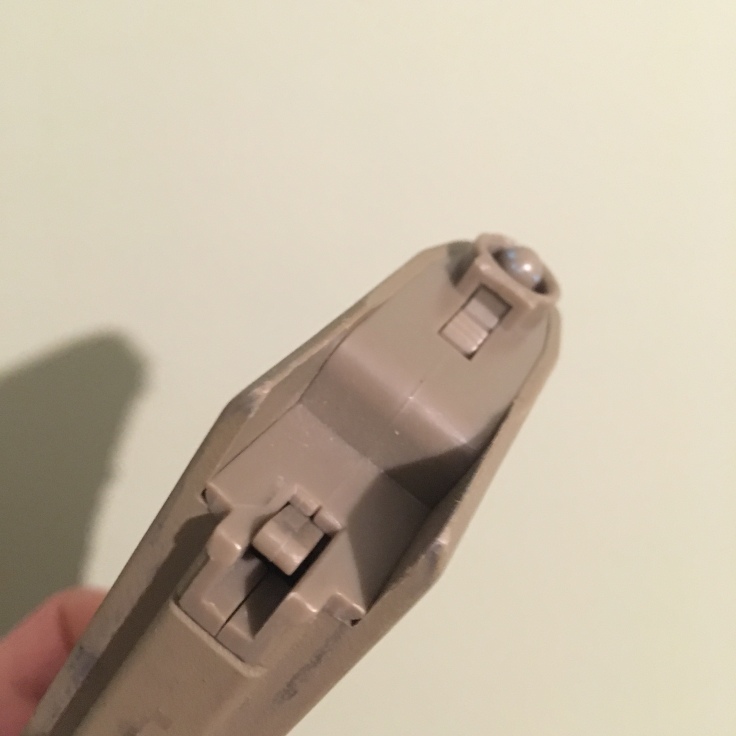 However, The key benefit of buying a Tokyo Marui replica is that unlike so many others, they are built to a high standard… Sometimes from questionable materials, but cast and machined to such a degree that when put together with care and ability (as the TM factory consistently does) you get a replica so consistent alongside its peers that you could unbox and shoot 100 replicas with no issues and no real difference in performance… Something I’d challenge any other manufacturer to be able of doing. 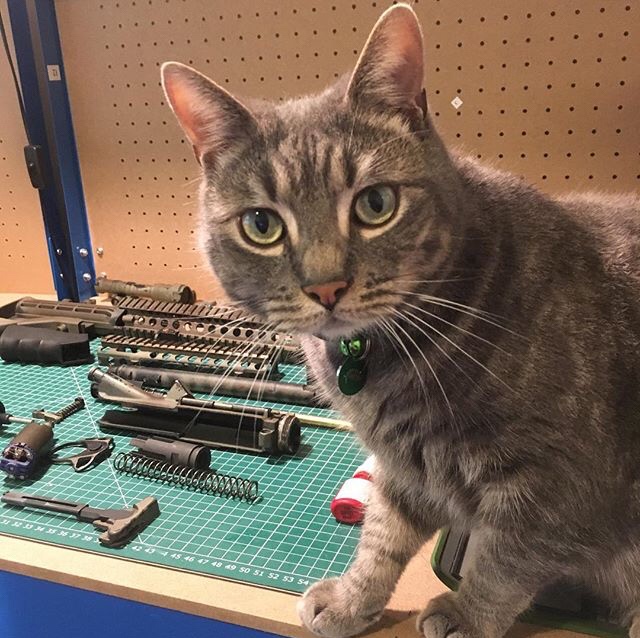 So compatibility wise, The NGRS line uses a combination of AEG and proprietary NGRS parts… the gearbox itself and everything inside it is specific to the recoil line. There are “upgrades” available but in all honesty half of these are unnecessary for most builds, I’ll go into this a little further but before I do, Here’s a breakdown of the main components and their compatibility.

Gearbox (Including all internals)