I’ll tell you a story about a time where despite a number of factors that would usually place us at a disadvantage, The situation actually made myself and a friend adapt and make the most of what could have been a very bad day out. 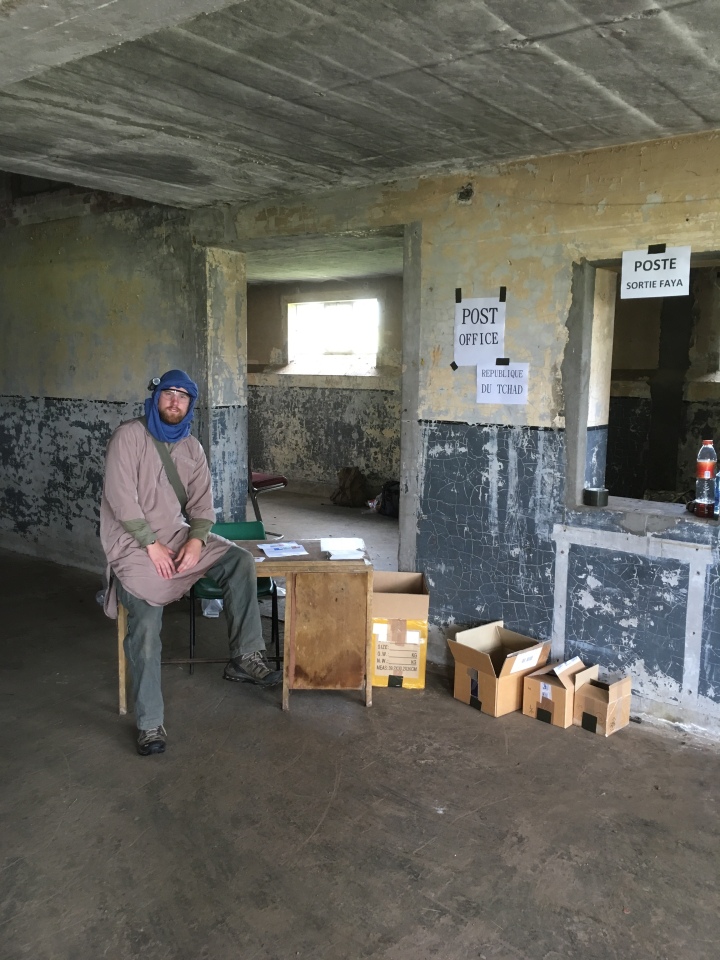 Let me take you back to a game at Caerwent a couple of years ago, I was on OPFOR alongside a couple of friends and the guys from Bristol Recon. After a long day messing around with the guys in Multicam, Darren from BR and I were alone, exploring a high point close to our camp in the evening. The high point was on the end of a 50 foot high berm overlooking the village we were staying in, therefore worth finding out if we could either put our own OP (Observation Point) in place or rig it with Remote Dets or a Mine to deny it to Task Force. Just as we were about to head back down we realised that a Task Force patrol of four was making a beeline for our position, making our choice either to fall back quickly (We had the benefit of light civilian clothing) or to stay and hope they moved past us.

We were relatively lightly armed, I had my MP7 and a TAG67 Frag Grenade, Darren had a VSR he’d never used and an unsuppressed Mk23. Not really much up against a tooled up patrol, especially one that could be just the advance element of a big callsign. The likelihood of us being able to bluff our way out was small and experience taught us that we’d likely be shot on sight, especially given that we had no good reason for being there.

We decided to hold our ground and wait for the best time to take our shots, the idea being that Darren would take the patrol commander out with the VSR (pretty easy to ID as he was giving it the full on knife hands and wouldn’t shut up) I would then take as many of the others out as possible with the Frag and MP7.

We waited and waited, They came closer and closer. We got low and moved into the only cover there was… a sparse thorn bush littered with the crap that some unfortunate squaddie had disposed of whilst spending his time up there. I had the MP7 set to rock and roll and the Frag in my strong hand with the pin pulled and my thumb on the spoon so I could put it right in the middle of them.

When they reached the brow of the berm they stopped and started to have a chat… Not believing that we’d not been spotted I turned my eyes to Darren, we both looked slowly at each other… One of the opposition was (And still is) a well known airsoft “celebrity” who shall remain nameless and didn’t have the best reputation for hit taking… I had them dead to rights, we both knew it. The other patrol were literally 10 metres away and looking around… but not well enough to spot two guys hunkered down with fingers on triggers. One of the patrol looked right through me, the twilight making him question what he was seeing… the strain of carrying a full assault loadout for 8 hours taking its strain. 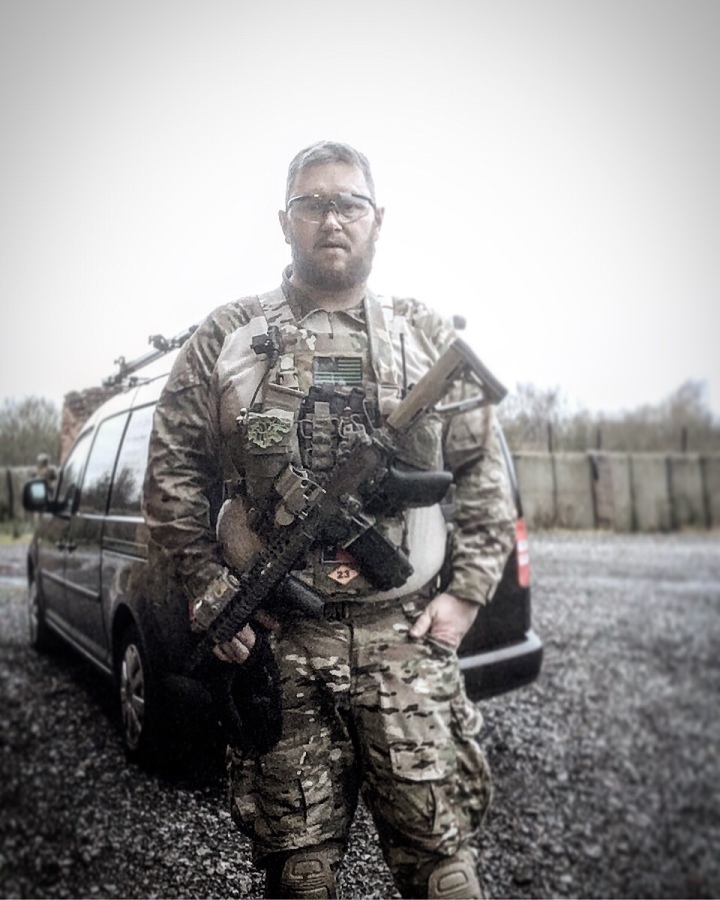 They sat there for about 5 minutes, it felt like an age. They’ll never know it but one little sentence saved them from the shock of an MP7 ripping through their ranks and a Frag going off in their face… “Yeah, we’ll confirm with command but this looks like a good Infiltration point for tonight”.

With the knowledge of what was planned for later we had the upper hand, inning the firefight would alert the patrol that we’d been privy to their plans. So with my finger creeping on the MP7 trigger, I held it firm… watching hands and making sure that I’d take at least one out before getting hit.

They moved off into the twilight and we gave it 15 minutes before putting our weapons back under our long shirts, replacing the pin in my Frag and silently moving back into the village. With the intel gained we were able to effectively counter their later attack and this was one of the many choices made that led to an OPFOR victory that weekend. 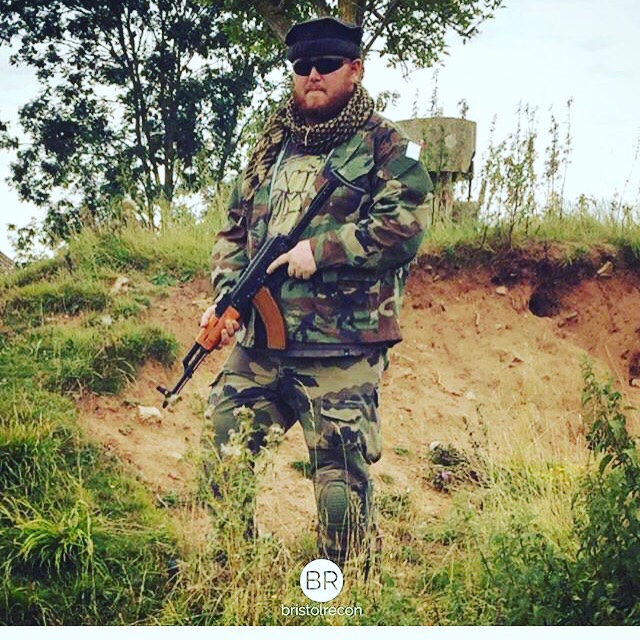 So let’s break down and analyse the choices made, Look at what allowed us to remain concealed and what the other possible outcomes could have been.

The decision to remain

We made this choice based upon the fact that we hadn’t been seen and possibly the biggest part of the decision was that we held the high ground. In airsoft the high ground gives you an incredible advantage due to the range of our replicas, if we had been spotted at any stage before the other team made it to the top we could have dumped a mag and some frags their way and either won the fight or more likely broken contact and made our way back to the village.

Have an overall plan and make sure it’s adaptable.

Overestimate your enemy and be realistic about your own ability.

Understand the terrain and use that knowledge to plan your attack/defence.

Wait until you have total control on the outcome before pulling the trigger, if you can wait until they’ve gone past you it’ll make for an easier target.

The Decision To Hold Fire

Again this was a tough call and I literally felt my finger pulling the MP7’s trigger to the edge of the sear, However by not opening fire we gained an idea of the enemy plans and gained a later tactical advantage. Picking our fights against a better equipped enemy led to overall victory, therefore always try and be in control of your battleground.

Understand that as soon as you’ve pulled the trigger you are entering the unknown, things outside your control could impact the firefight.

Think about your mission, if a fight can be avoided then sometimes it’s best to walk around the problem.

People come back to life in airsoft, a “dead” opponent will remember everything they’ve already seen or heard, Keep as much hidden and never show your cards.

The basics of field craft

There’s always one mong who attends a CQB game with a face doused in camo cream… However there is much more to concealment than a bit of war paint, I’d thoroughly recommend reading up on the fundamentals of fieldcraft and making use of it. Many a time I’ve been passed by an unsuspecting player who either wasn’t looking hard enough or I’d followed enough of the principals of concealment that I’d escaped their attention.

Find the thickest and least inviting place you can thing of and hide in it, Thorns and nettles will make an opponent less likely to venture towards you.

Keep still… Once you’ve found that space, don’t move. Have everything in place to either shoot or move.

Never make eye contact, It’s documented that humans can instinctively know when they’re being watched… keep them in your peripheral vision and it’ll also help you keep full awareness of the bigger picture.

You don’t have to wear camouflage but it helps… I think I was wearing grey craghopper pants and a grey t-shirt, not ideal but in that particular environment it was neutral enough to not stand out.

Have patience, if the other team had stayed put or had exposed their immediate surroundings I’m certain that they’re have seen us. We outlasted them and remained hidden, I’m not sure I could have stayed still much longer and would have been forced to shoot.

So that’s the basics of it and a brief analysis of a very specific situation. Just keep in mind that until you’ve been seen you hold the advantage… use it and make sure the firefight starts where and when you choose!