Remember how much fun Airsoft was when you first started? Wasn’t it so much simpler when you had to make do with the gear you had rather than choosing from the mountain of gear you have accumulated over your playing career? Kind of like starting out in a game and all you’ve got are the base guns, fuck all attachments and only the stock player skin… Despite the knowledge that the standard gear is well balanced, we all crave that Gold P90 (Or gold Dragunov in my case). 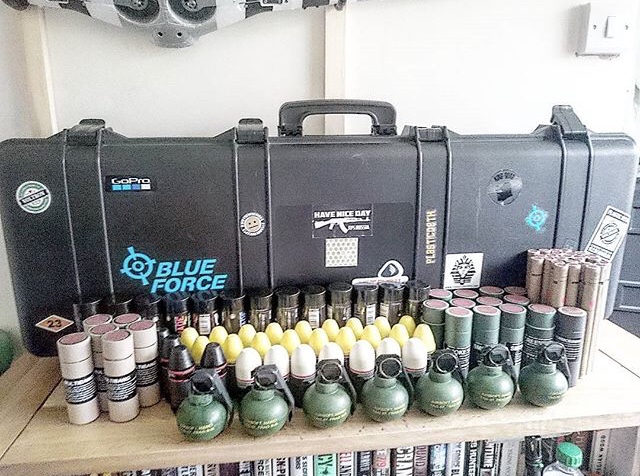 The first is to take all advice with a pinch of salt (my own advice included) as everyone’s opinion comes with their own experience and bias, no opinion is to be regarded as fact and “facts” without credible references are worthless.

I’d also tell you to appreciate those first few months where everything is exciting and everyone else appears to have better stuff than you… Although in reality this is often not the case.

There’s one thing for sure, Airsoft rarely holds the same enthusiasm and appeal that it does for the first year or two.

Many players fall by the wayside, we’ve all got people in our friends list who don’t play much any more, with time you’ll see that list grow and expand to include those who have sold up and moved on. I’d hazard a guess that burnout plays a massive part in it, people either last under 6 months or (excepting extreme circumstances) go on to play for a decade or more.

So what is the meaning of this post? Well over the last couple of years I’ve increased the amount of investment I put into Airsoft and found that I’ve fallen into an easy trap of carrying too much crap around… I’m a big guy to start with so the last thing I need is additional weight and bulk. 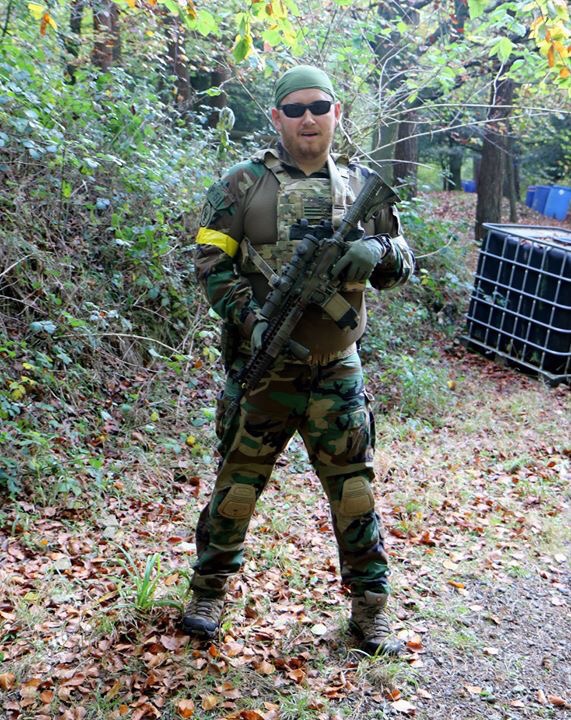 So I did something that’s surprisingly tough for me, used to the comforts of Crye Kneepads and other modern refinements. I went back to the bare essentials, choosing to leave much of my expensive gear at home.

As a regular GBBR user by choice I’m used to playing with the advantage against me, but by further restricting my gear I genuinely thought I might find it all a bit too much… But there was something that compelled me to try and play with as much of the gear I started playing with all those years ago.

I could have written a whole article detailing the load out I used and its benefits, weaknesses and the reason why I chose it but that really isn’t the point of giving I gotta back to basics… The entire point is to strip away the unnecessary, Leaving only the essentials needed to carry out your task.

Whether it’s a long range patrol, a short sharp attack or a snap mission based on limited intel and of unknown outcome and duration, you’ll often have to balance the needs for firepower, comfort and mobility.

I’ll use speed-softers as an example here… You might hate them but they’re the very embodiment of function over form, a speed-softer wouldn’t dream of carrying a bulky pack or rig, it doesn’t help him in his goal. He carries as little as possible and moves fast… in an arena or maze-like environment it’s tough to hit a fast moving target… I’ve played alongside and against speed-softers and the competent ones are lethal in their own environment. 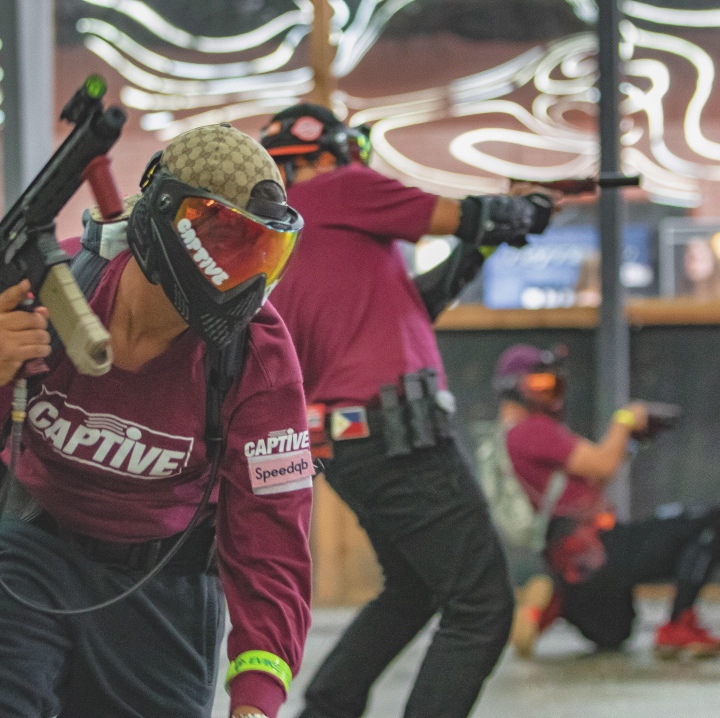 Now does this mean that I’m about to HPA tap my M45A1, paint it purple and buy a Dye i5 mask? Certainly not, I’m drawn to the more military side of airsoft so while I might not replicate a particular unit I’ll be aiming for plausible loadouts that work in the real world and in the airsoft field. That being said, you won’t find me hating I. The speed-softer element of our hobby, they’re often given an unfair badge much alike Milsim players who use team work to steam roll a skirmish.

The other consideration is expenditure… do you really need that £70 pouch for holding Haribo and Reece’s Cups or would that old admin pouch you’ve got in your kit pile do the job? Do you actually need the sweets at all? These are the questions that will provide the answers you need to trim your loadout down. Where the money is saved you could be looking at more or better ammo, spending money where it’s most effective. Money might not be everyone’s first concern but whether you earn not enough or too much you should probably keep a budget in mind for your airsoft activities… there are often bigger priorities in life.

So what did I wear? Well I won’t write an essay about my particular loadout but I’ll list it below… Some of the items are far from what a newbie would consider basic but the idea was to not just be low profile but also spend the money where it counts.

So was this “Bare Minimum”? Not really… I could have stuck the carry handle on the M4 and ditched the smoke, pistol plus it’s mags. However I worked out that at average skirmish I end up using the pistol at least a couple of times and certainly with only 180 shots with my primary I could use the additional firepower. Some of the more expensive things I’d opted to use for a variety of reasons but usually safety wins over all considerations, decent ballistic level eyewear and good boots should never be substituted if you have them. 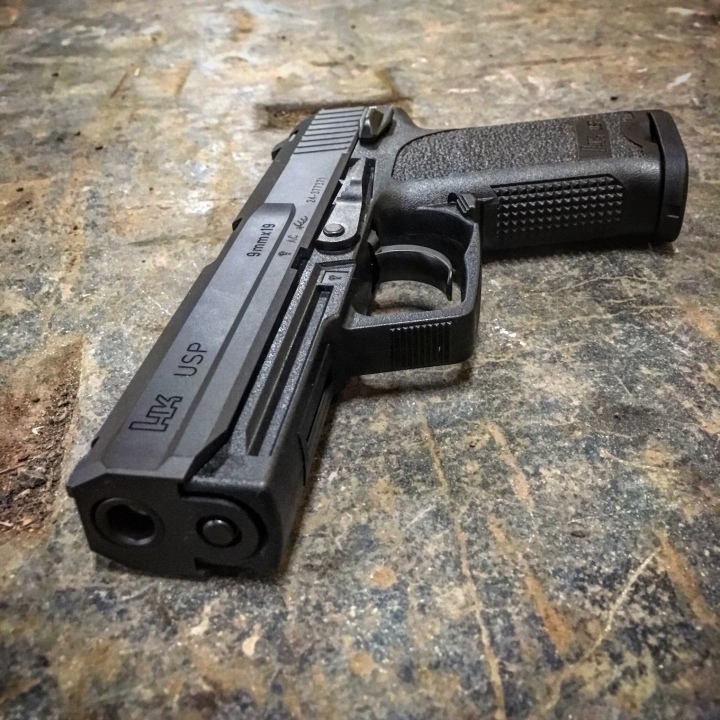 The Wiley X stuff is being tested for review so it was a given that I’d use them in this game, plus shades and armoured gloves have an early 2000’s chic that makes them very cool. Airsoft is about looking and feeling cool, if you can’t achieve that then why bother? You might as well play paintball. 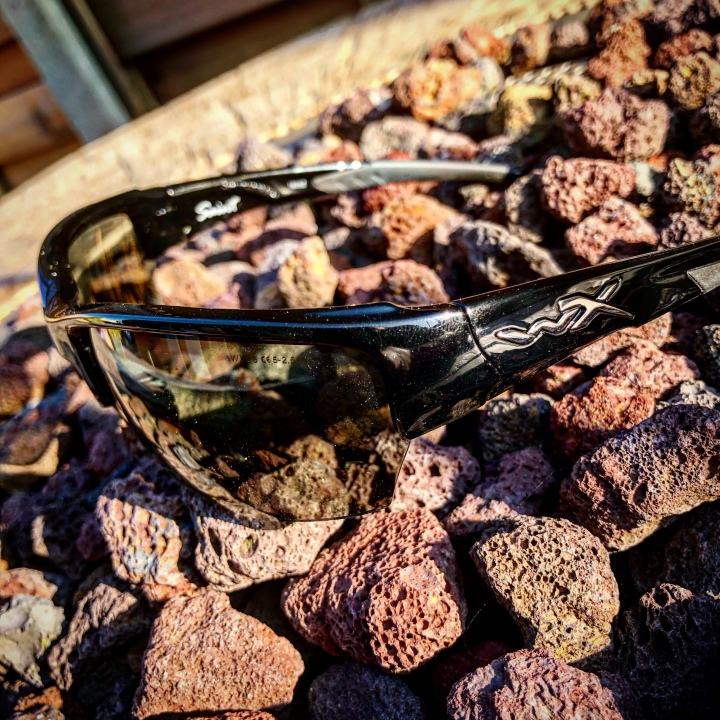 So how did it work out for me on game day? Well a mixed bag really… I really enjoy using the GBBR, It’s overall light weight makes it a joy to carry and even with the offset weight penalty of gas mags it’s no hassle at all to carry.

The Arktis rig as well did all I needed it to, I did miss the rapid mag indexing and removal that comes with newer rigs like the Haley D3CR but I adapted to it… found the cover for reloads and worked out a system for ditching used mags in a certain place. 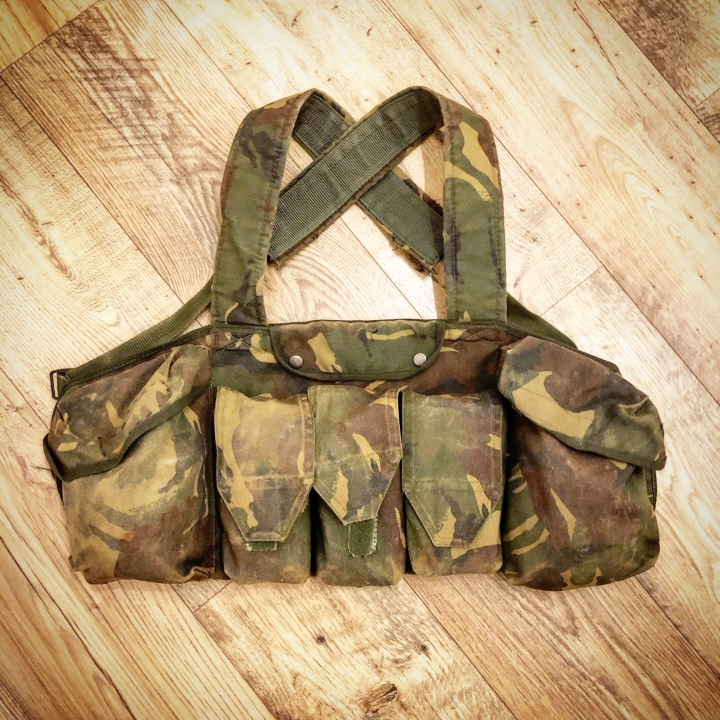 The clothing was a little on the light side given the colder weather we had that weekend but once I get moving I generally don’t want too much on me… the combat pants and T-shirt combo is my favoured loadout anyway. I did miss the built in knee pads of the Crye cut pants and if I did it again I think I’d be wearing either the Cryes or FFI pants, but it was a minor niggle and luckily I didn’t find too many stones with my knee.

The eyewear and gloves worked well, I was pleasantly surprised by both of them but I’ll be leaving my opinion for a dedicated review in both items.

The sidearm actually only got pulled out in anger once but that one time made carrying it all day worthwhile, I feel a little naked without a pistol so I’d have to have a good reason to not carry one at any game.

The Merrell Moab footwear is my go to for all games so there isn’t much to report there, I’ve toyed with the idea of writing a review but footwear comfort is so specific to its users anatomy that I think I’d end up doing both the item and readers a disservice by writing it. Good quality socks are a lifesaver though, it’s a soldiers priority to look after their feet… and the one thing that airsofters need to emulate. Cheap socks and poorly designed footwear will be uncomfortable and put you out of action.

Overall, each item contributed to my game. If I’d taken anything away I’d have had to adapt accordingly, not impossible but certainly tough when fighting at a skirmish with a Milsim mindset. I really liked its simplicity and unlike games where I start off fully loaded and end up ditching gear at lunch, I finished the day wearing the same gear. I was also able to move faster as I had less weight and bulk to shift around, I might not use this exact loadout was n the future but it’s been a valuable lesson that I’ll learn from.

The point is that you’ll always figure out there’s more that can be taken off… you’d be surprised how little you need to enjoy yourself. The key element that made the day such a success in my mind was the coordination of several experiences led regulars, we worked well and communicated clearly to each other. This was to such an extent that we purposefully reigned ourselves back to allow the other team to push out of their end of the site.

If I had one piece of advice it would be to try it once, cut out anything you’ve been carrying and not used in the last three games… take off those additional pouches that are there for purely cosmetic reasons and just enjoy yourself.