Outside of Airsoft they’re rarely designed to be used in an offensive role, aside from unique propositions such as the Heckler & Koch Mk23 which won the SOCOM Offensive Handgun Weapons System – Special Operations Perculiar (Or OHWS/ OHWS-SOP) trials for and a more up to date requirement CAG made a reality with the “Six Second Glock”

Other uses for sidearms are for those who may not need or it wouldn’t be prudent to have a full rifle length weapon with its weight and bulk, Police Officers, Vehicle Crew, Weapons Specialists such as Grenadiers, Gunners (LMG or GPMG operators), Snipers, Sappers, Dog Handlers and other specialised roles that might need the use of a compact weapon system.

One of the most commonly seen roles, and one which has obviously garnered the most attention is its use with the Special Forces community, for use as a Secondary weapon either due to its ability to be drawn faster than most weapons can be reloaded or because two weapons halve your chance at having your fighting ability removed due to a weapon failure.

Now the list of pros for carrying a sidearm for Airsoft goes on and on, as does the list of cons. But I’ll summarise in 3 points, for and against… expanding on them and keeping their application within Airsoft, not to the real world (although some points carry over to a degree). 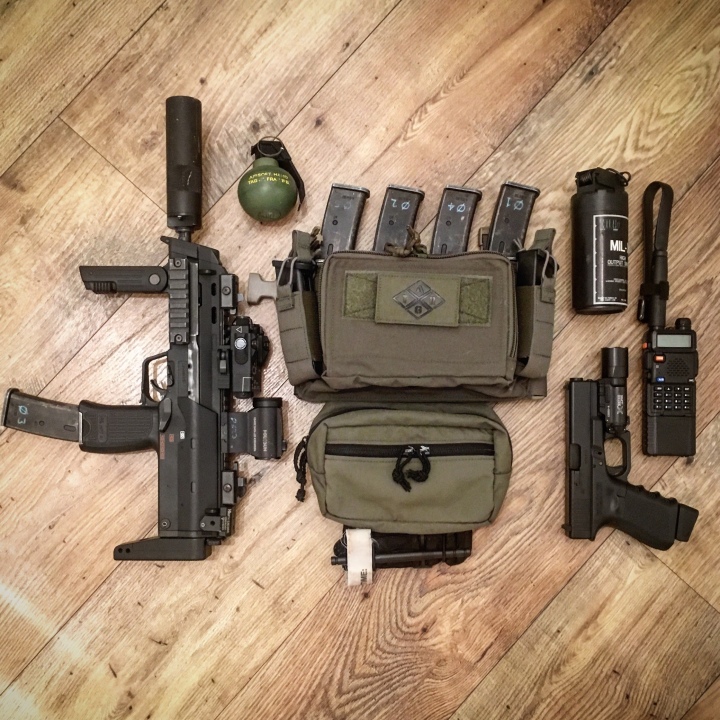 Points AGAINST the carriage and use of a sidearm

Points FOR the carriage and use of a sidearm

So, there are many exceptions to all the above points, I can think of situations where each and every one could be twisted around.

I’ll rarely set foot into a game without a sidearm, Mostly because I focus on the “for” side of the argument, however during a weekend game in the wilderness of The Trees my sidearm is often just a dead weight… My “Rifle” never being more than a leap and a bound away from me and the shots fired all weekend can number as low as zero.

There is the other side to my coin, A number of seasoned players I know have moved away from sidearms.

Having the additional weight and (Often more importantly bulk) of a sidearm and the associated magazines and holster removed from their loadout has allowed them to focus on manipulating their primary more effectively whilst ditching those extra few pounds and removing often everything from their belt line.

I personally play airsoft not because it’s realistic, but because it is fun. It’s that blend of fun and immersing yourself in that bubble for a day that I really enjoy.

I’d liken my own experience to kids playing cops and robbers, do I think I’m a cop? No. But it’s fun to pretend for a day and enact only the bits that you want to.

A realistic Milsim would actually be a boring way to spend a weekend… Imagine a brutal PT regime with everyone dressed identically followed by endless amounts of hurry up and wait.

For those who think airsoft is as close to shooting as you’d ever get, I’ll be honest and say I think your wrong. It’s a great tool and one that is under utilised for training of Mil/LEO units but it’s a far step away from real firearms. If you don’t understand the difference, venture out and shoot a real firearm! It’s not as difficult as you’d think to attend a rifle range and plink some shots down range.

A package allowing you to shoot WW2 era bolt actions or semi auto 22lr rifles can cost about the same as a rental package at many sites, sometimes cheaper! Pistols however, require a far more lengthy process. 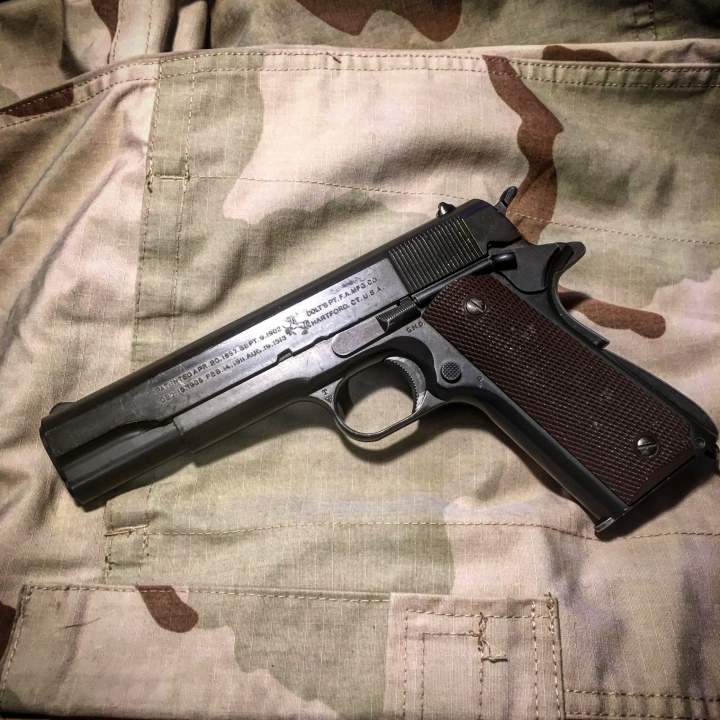 Back to the sidearm debate…

Whilst I’m never going to convince the majority to swap from the for or against side, I’d recommend you take a look at how a sidearm is used as part of your loadout, if you are focussing purely on being an effective player you might want to ditch yours. It’s a sad truth but it’s rare that a sidearm is more use than an extra rifle mag or two… Unless you end up facing off a Tiger with nothing more than your 1911.

Either way, I’ll probably never give up my sidearm for airsoft. Pistol shooting is a part of my own history growing up, so much that I would probably choose pistols but over rifles if told I could only have one or the other. There’s nothing cooler in my mind than facing off against an arguably better armed opponent with nothing but your pistol and still winning. 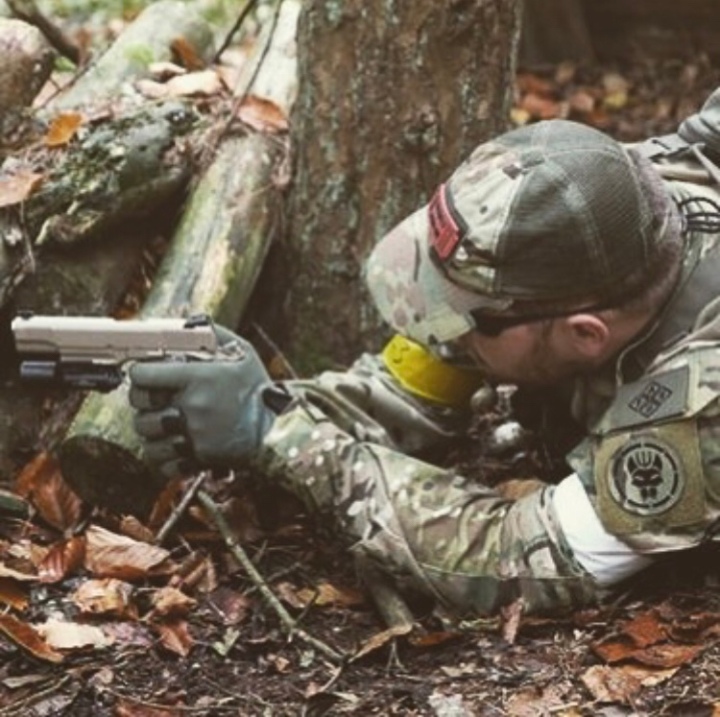 2 thoughts on “Sidearms: A case for and against”