I’m not going to lie… Garand Thumb has been responsible for more than one purchase of mine in the last few years. The guy commands a lot of respect for what he does, and also how he works with companies to provide reviews of the gear and accessories. Maximum transparency, minimal bias.

His no-nonsense reviews are respected the world over and somehow he’s managed to gain the affections of many respected shooting professionals across the community. His tastes and styles are evolving as you’d expect from someone with access to so much gear, but one piece of kit he’s used for quite some time on many individual builds is the Ferro Slingster.

So, What makes this any different from any other sling on the market? Well it starts with the company behind the nylon. Ferro Concepts is an interesting company in its own right, based in Canada and with historical connections to the Airsoft and Skating worlds but now wholeheartedly rooted in the real steel shooting community.

There are a few things that Ferro do that stand out though from the sea of tactical manufacturers, mainly their endless commitment to function but without disregarding the form. I don’t think there’s a single Ferro product that you couldn’t argue a place for in a tactical fashion show… The entire range has a certain aesthetic appeal, certainly to me.

Being Canadian probably helps sets them apart from the majority of stateside tactical gear businesses, It’s probably been a two way street with certain trends and legal compliance issues but now that they’re producing from within the USA, it will have an impact on their government contract eligibility with certain bills relating to Berry Compliance etc.

Having previously reviewed the Ferro Slickster Plate Carrier and Dangler last year I was struck at how light it felt compared to some of the more well established carriers on the market, I really should have read into this when I snagged a Slingster but I thought nothing of it until it fell through the letterbox. When it turned up I was immediately struck by its lightness, lack of bulk and its flexibility compared to my other slings… I’m very much a fan of the BlueForceGear VCAS and it’s left an impression on me in regards to how I expect a sling to feel. The Slingster is markedly skinnier and lighter weight in comparison.

Skinny and light isn’t always weak though, the design of the Slingster is as simple as it is ingenious, and that’s where it’s strength lies. A single piece of 1″/25mm webbing stretches from one end, formed from an open section of webbing complete with a ITW Nexus Triglide, ready to fit an attachment of your choice. 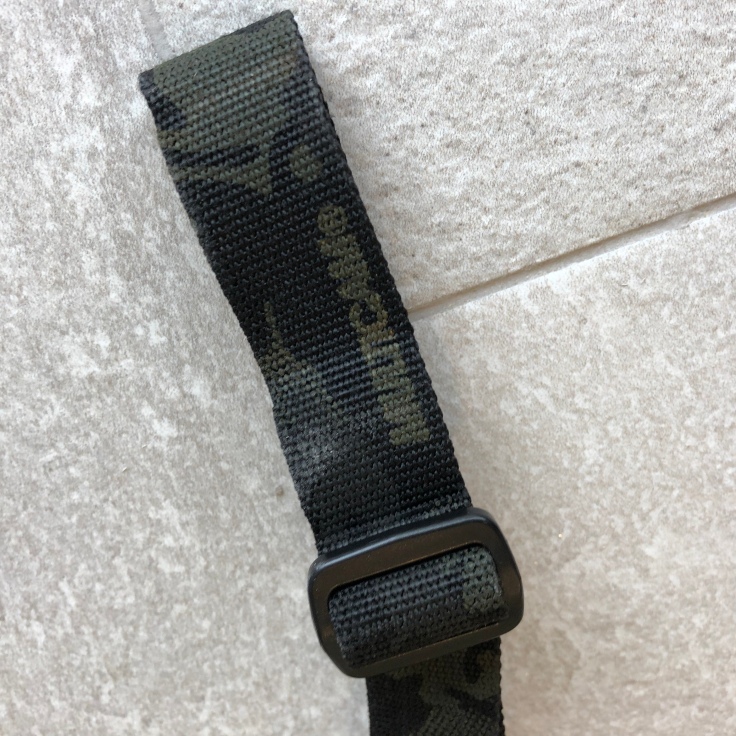 From here it threads through the removable padded section and onwards to a termination point at a closed loop of webbing containing yet another ITW Nexus Triglide. 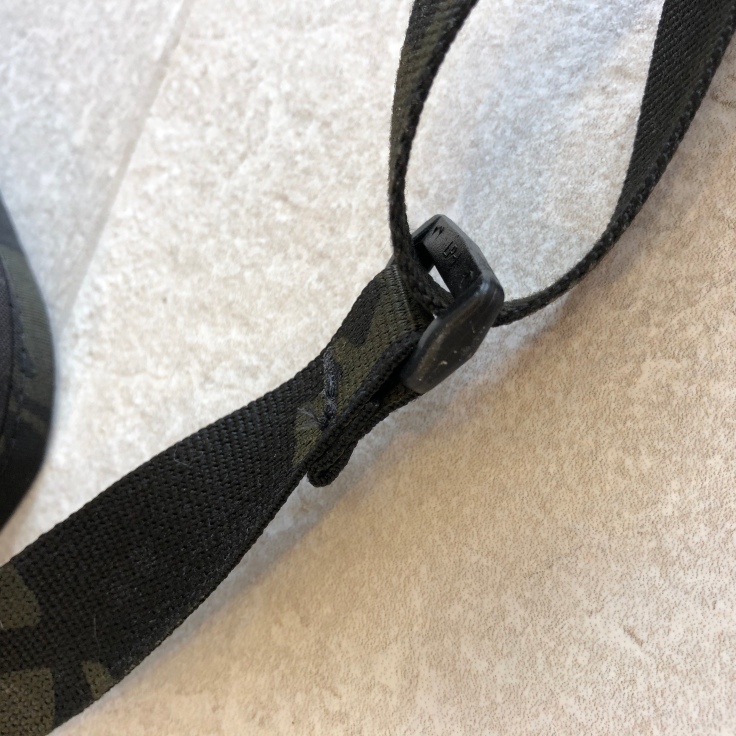 Next, the adjustable section of the sling is looped through the aforementioned Triglide and is fixed on one end to the mechanical friction lock that provides its main “on the gun” adjustability. There are subtle things I love about the Slingster… the way in which the webbing is stitched and threaded underneath the adjuster is simply genius! It cuts down on exposed metal and keeps the end of the stitched webbing firmly held in a way that’s unlikely to be affected by the abrasive nature of moving parts.

The webbing weaves around the Triglide and back through itself to be terminated as on the other end with an open section of webbing and non-captive Triglide for your particular mounting option.

One of the key areas in which this sling stands out is its sheer adaptability, you’re able to remove the padded section if you need an ultra low profile option (good luck getting the bastard back on) and the sling has enough ways of being configured that you could run it as a single or two point, hell… you could probably find a way to make it into a three point but it’d be pretty pointless seeing as the sling provides much the same benefit in its two point configuration as a traditional three point.

The padded section is adjustable in its location, a Triglide on each end allows the user to slide it along the sling until an ideal position is found, once in place it doesn’t move.

A nice addition, certainly not expected by me… I’m very used to the VCAS fixed design which is permanently fixed in place. The Slingster has also got a slightly wider yet much thinner, tapered pad, again its taken a little getting used to but I think it’s an excellent alternative if not an improvement on the VCAS’s padding filled tubular webbing.

The hardware is as mentioned, mostly ITW Nexus. This doesn’t mean that it’s the absolute best in the business by any means… The Blue Force Gear buckles and sliders are in my opinion the supreme market leaders but ITW Nexus hardware is an industry standard and it’s simple enough to order replacements should yours get misplaced.

The adjustment of the sling from long to short is excellent, once you’ve tied off both ends to your weapon and made sure the padded section is in the correct position you can then look at length adjustment. Simply adjust the open sections attached to your sling point hardware as needed and then check the friction lock slider to ensure you have enough slack when released to shoulder your weapon. 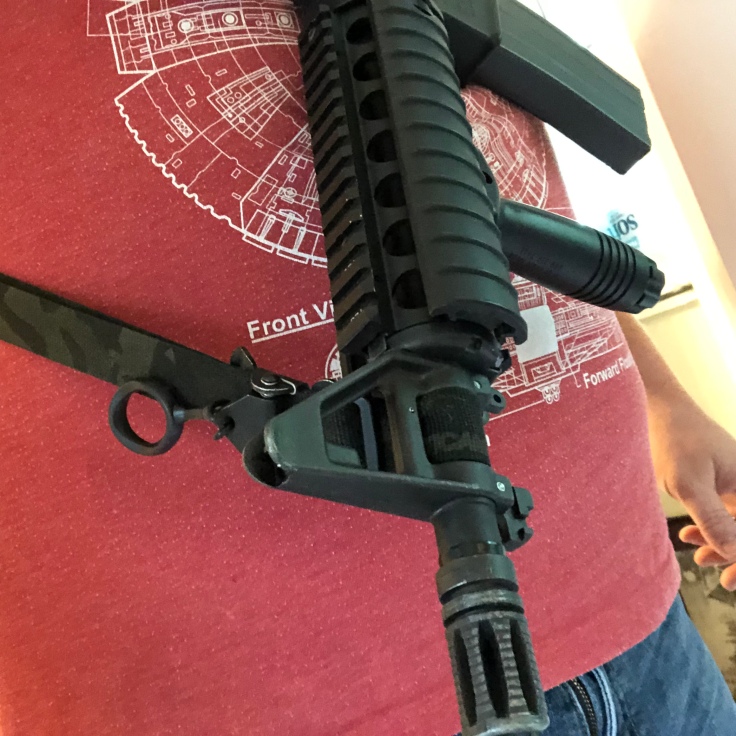 The friction lock is paired with a rubbery plastic loop which is a slightly bigger version to that found on the Ferro Dangler, on the Dangler Pouch it wasn’t my preferred option… a paracord/cord loop as used on the Spiritus SACK works better for that particular purpose and is durable as hell. However, on the Slingster it’s absolutely the right tool for the job. You can grab the whole tab or slip your thumb in the loop to adjust the sling to what’s needed.

Quality of build, one area I’ve always been impressed with Ferro Concepts is their seemingly near-faultless quality. I didn’t see a stitch out of place on either the Slickster, Dangler or this Slingster and I’d happily put their quality well above other, better known brands on the market.

The stitching is well finished, the webbing is cut and sealed to a near perfect standard, the fabric is also cut with what looks like a laser… Certainly more accurately and cleaner than that on certain other branded slings.

The Slingster I have is in the Multicam Black colourway, the hardware is in black to match and from looking at the webbing and cordura on the sling it appears to be genuine Crye licenced Multicam Black material. Something I pretty much demand from any major business, if I wanted a copy I’d buy TMC/Emerson.

I have to say that overall this sling has surprised me with how much I like it, I’m quite fussy when it comes to slings… I’ve been known to forego mine just to make sure it doesn’t get in the way.

I think with this addition to my gear cage those days are behind me now, I can actually see myself buying another Slingster to replace the VCAS on my recoil Block 2, not because the VCAS is poorly made but purely on the merits of the Slingster and how it fits my play style.

When you look at slings objectively it’s sometimes difficult to see how they command a relatively high price tag, after all… they’re barely more than a bit of fabric with some buckles and tabs sewn in. But when you’ve got something worth a fair amount of money clinging to it, I wouldn’t take any chances, the money is often well spent on slings in my opinion. 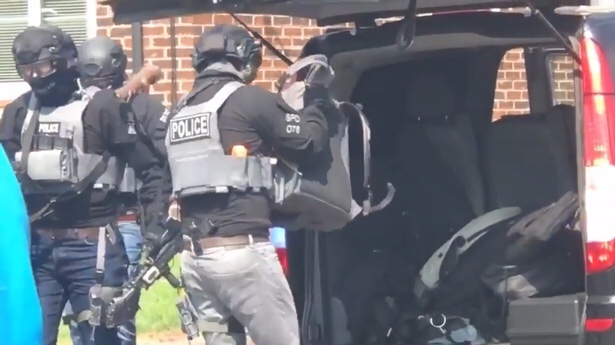 Overall, a bit of a game changer. The Ferro stuff constantly surprises me when it comes through the postbox… I expect it to be bulky and of average quality and it ends up being much slicker and better made than I’d date to hope for. It’s not hard to see why so many Law Enforcement units and certain military users are moving towards the Ferro brand. I’ve got a few friends who have been using Ferro and the Slingster in particular a lot longer than me and they all seem to be more than happy… One things for sure, Sooner or later I’ll certainly be buying Ferro again!