The original Slingster is a bloody good sling, near perfect and certainly my “go to” for most applications.

The Slingster does have its detractors though and although a lot of these people have genuine reasons for not liking it, they’re mostly focusing on the one thing that can be changed… The Pull-tab.

The Slingster’s length adjuster is fitted as standard (on their first generation slings) with an ITW Zip-line Orbit Pull-tab, a piece of hardware that some people say just isn’t up to the job. 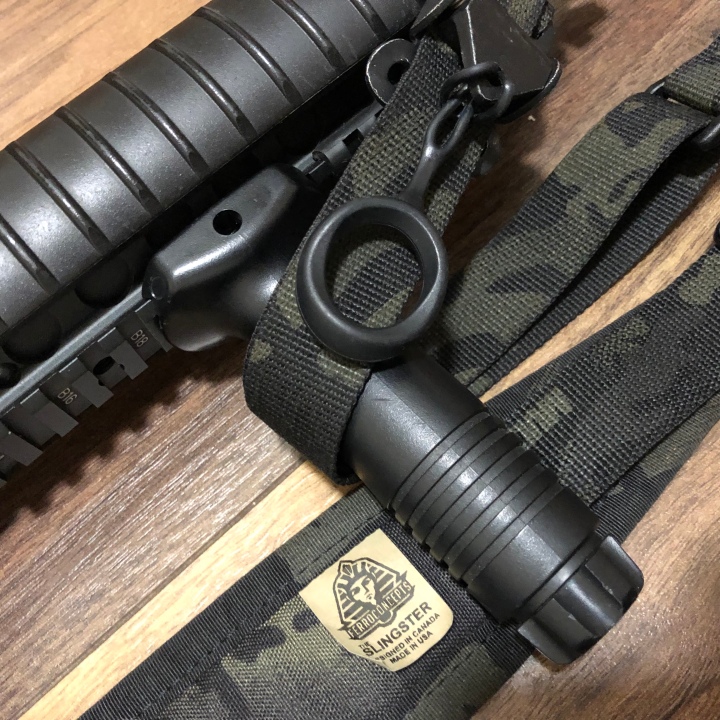 Now I’m not here to say that they’re right or wrong and certainly I’ve not personally noticed any issues or wear so far with the original hardware, but many people are eager to replace theirs with either paracord (not necessarily the best way forward) or the newer design of Pull-tab Ferro have just brought to market. 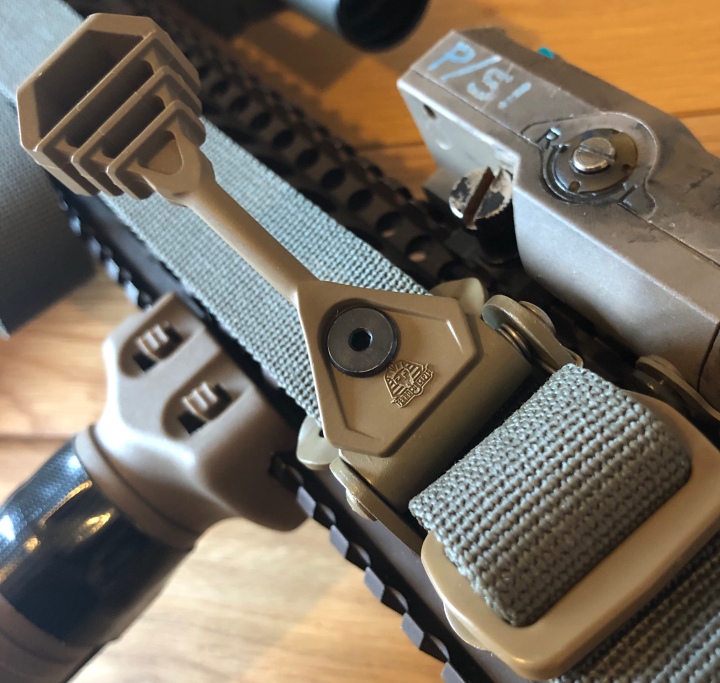 Whether or not the pull-tab needed replacing is a moot point, Ferro themselves have made the decision to change over to this design for all production Slingsters from now on.

They’ve also given current Slingster owners the option to swap over to the new pull-tab design by introducing a Pull-tab kit, perfect if you’ve got a sling already.

The kit contains not only the Pull-tab but also a pair of 3/32″ Imperial Allan keys which are essential for fitting the sling Pull-tab, a rarity too if you live outside the United States. 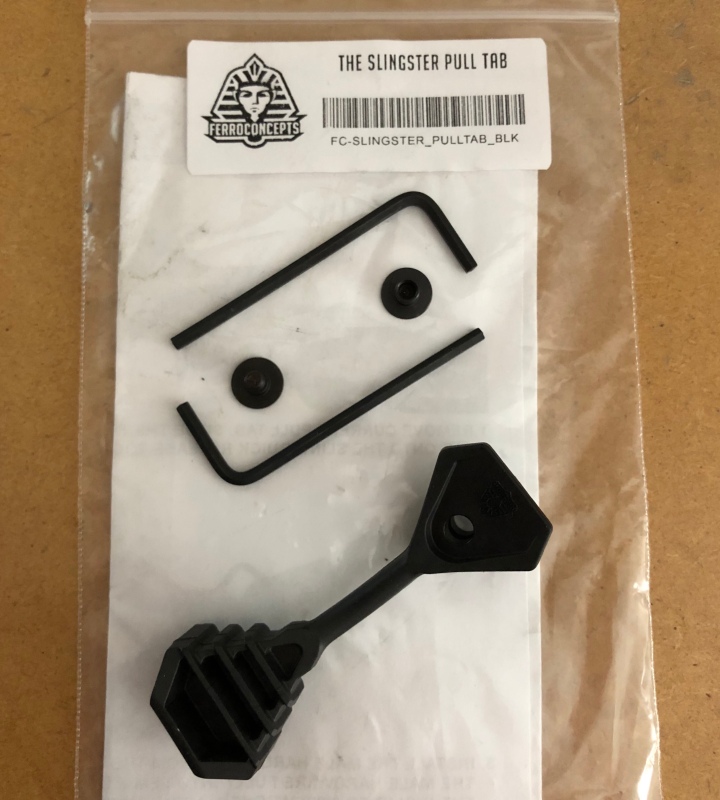 I was actually in the market for an additional sling for my Block 2 build as the Vickers VCAS I’ve had for a number of years is getting a little salty and although it’s a fantastic sling, I’ve become somewhat attached to the Ferro Slingster currently set up on my GBBR Mk18 Mod 0.

With that in mind I decided to add another Slingster to the collection.

Given that I’ve recently reviewed the Ferro Slingster, I’ll refer you to my original review (Click Here) for the overall review of the Slingster as there really isn’t any difference save for the actual pull tab itself.

What I will do though is draw the comparisons as I see them and try to convey how it feels for me vs the older design, so just be aware this is solely my opinion, your experiences may vary. 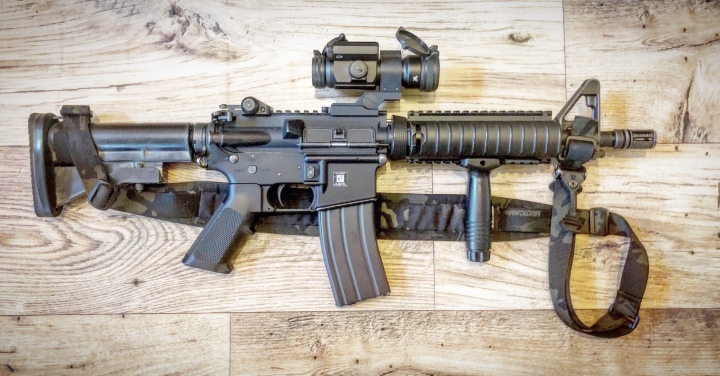 I wouldn’t count myself as a die-hard Ferro fanboy but they keep knocking products out that just suit my needs, add that to their superb quality and affordable pricing and it’s no wonder I keep buying from the Canadian gear giants.

The Pull-tab itself is made from a single piece of injection moulded “rubber” that simply slides into place, over the friction lock adjuster. The section on the lower portion of the Pull-tab is profiled to fit the webbing friction lock exactly, with a carriage bolt locking it all into place.

The material strikes a good balance, with its flexibility not compromising its ability to keep its intended shape. The shaft (no laughing at the back) will flex with minimal effort but bounces back to its “ready” position despite the relative weight of the pull-tab’s end.

However the ends of the pull-tab don’t deform much at all, the base end being surprisingly rigid and the other end also keeping its shape surprisingly well.

Stress testing the pull-tab, I’ve pulled and twisted it a lot more than I’d be doing in real life and I’ve not seen any discolouration in the material or any other telltale signs of permanent damage.

I’m sure that given the wrong situation you’d be able to rip the pull tab off but honestly, I can’t see it being in any way as easy to damage as the Slingster’s original loop type pull-tab. 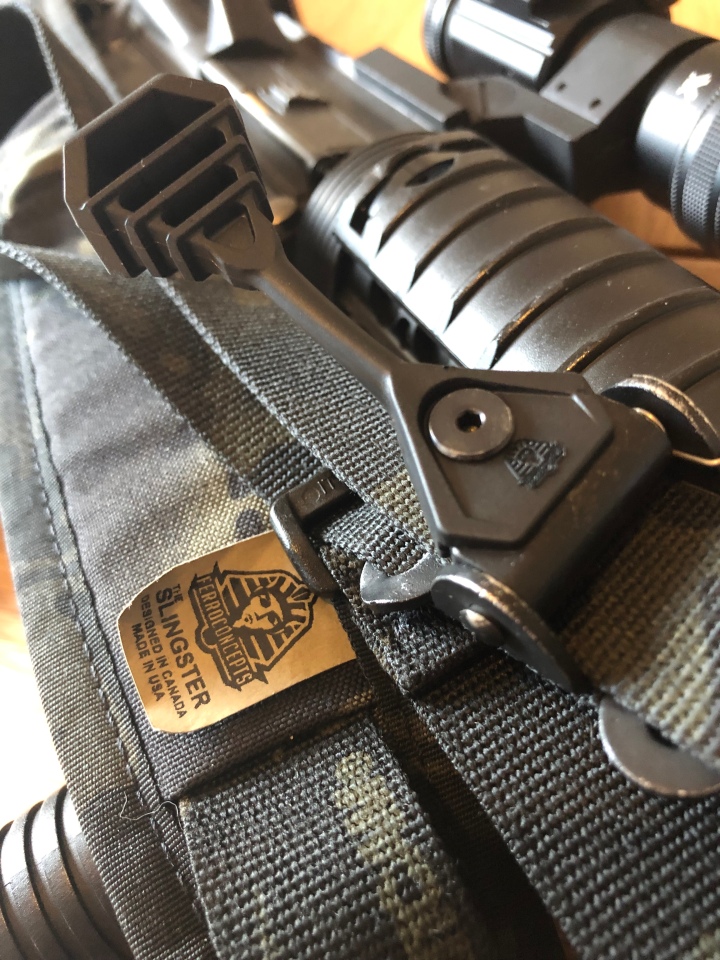 I’ve always just grabbed the old loop type pull-tabs anyway so the loop itself was a bit surplus to my requirements.

I’ve been told by a few people that they liked the loop design but overall it’s appeal probably doesn’t outweigh its ability to become snagged and break (albeit an unlikely outcome). 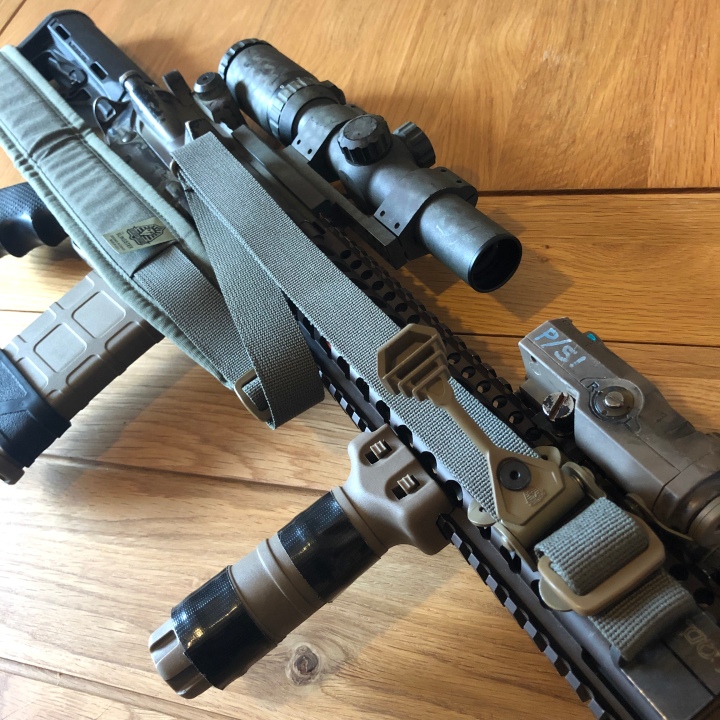 Overall I’ve found the new design to be rather a good option even above the older type pull-tab, whilst It’s not the cheapest addition at £13.75 per unit I honestly think it’s a worthwhile upgrade.

As for those who were looking to buy the complete Slingster and not just upgrade their current set up, it comes fitted on all the current Slingsters being sold through Tactical Kit. Just be aware that this pull-tab is specifically designed for the Ferro Concepts Slingster, it won’t fit any of the other designs such as the Haley D3 or BFG VCAS.