Win, by any means necessary… That’s surely the way, right?

But is it a positive or negative driving force within Airsoft? There’s a subconscious drive in all of us to emerge as the victor, it’s part of being human. But, is the will to win a good or a bad thing in Airsoft? Well, in my opinion it can be both.

Winning is a natural desire, competition often breeds self improvement. Adapt or die, and all that rhetorical shit. However, winning for the sake of merely winning isn’t winning at all. Airsoft isn’t a ranked competitive sport and it’s not usually a pastime with a financial payoff… Even for the majority of content creators, working an hours overtime in their day job will yield much more money than 4 hours of Airsoft-centric “work”

So what are the positives about winning? It’s pretty simple… Winning (or the pursuit of it) will make you a better player, the will to win can push those competitive buttons that transcend your body’s ability to go further and faster than you think you can.

Wanting to win can also make for some pretty cool games, when both sides really push on an objective and want to steamroll the other team, those moments can be the ones you remember for a long long time.

Winning is good for the soul, the knowledge that you can triumph over people you might have assumed were faster, fitter and better equipped can give you a rush like no other.

Mainly though, in my experience… The will to win can help a game be played in the way that it was meant to be, it stops people from putting in a token effort. Players who want to win will put more effort into the objective, they’ll stay in the field for longer and they won’t wander back to the FOB or safe zone looking for an early lunch or to take some selfies against a tree.

Winning can also be a very negative force, win for too long and you’ll start to believe your own hype. It happens a lot, a new and inexperienced player goes from being “Mr Nice Guy” to an arrogant and self righteous prick in less than a season on the field.

Winning also appears to be the overwhelming force behind most cheating, people generally cheat because they’re convinced they hit the other guy first or that “the other guy didn’t take their hits so why should I?”. That flash of anger has risen in probably most of us, but before you offer someone out in the car park… Stop, take that hit and use your failure as a lesson for the next time. You can’t make the other guy take their hit, but you can damn well stay honest yourself.

I see debates about everything from hit calling to headshots, and there’s always two sides to the arguement and often they’re two sides of the same coin. Let’s look at the case of a certain YouTube sniper (I’ll come back to YouTube in general on a later post), his penchant for shooting people in the face has the community polarised.

Some might say that he’s a proper cunt for purposely shooting people in the face, that it could be potentially dangerous. Their argument being that when your opponent is showing more than just their head, you should opt for the arguably less painful body/limb shot.

The other side defend his actions, stating that if people took their hits instead of shrugging them off then he wouldn’t need to aim for the face.

Let’s look beyond the usual shit you hear in these threads, the cries of “iF yOu DoNt LiKe BeInG hIt In ThE FaCe, WeAr FuLl FaCe PrOtEcTiOn!” And “SnIpErS oNlY hAvE oNe ShOt AnD hAvE tO mAkE iT cOuNt!”.

Aiming for the face will increase the chance of taking out someone’s teeth, those same people who harp on about full face… How many actually wear the protection they recommend? Certainly not all, probably not half.

At the same time, If players were 100 honest and took every hit they felt… Maybe there wouldn’t be an issue at all. But what if this hit taking argument wasn’t what actually drove the whole headshot phenomenon?, what if this and other “winning” techniques were part of a more prevalent and underlying problem?

Power playing – shooting whilst rounding corners (fundamentally different from slicing the pie), shooting without first IDing a target. Continuing to shoot and not take your hit until you’ve claimed a target. A delusion of being better than the laws of physics, I pity their children… Having to learn how to play games with someone who has no concept of fair play.

Intentional Overkill – continuing to shoot at a player that has been identified as out of the game or is in the process of calling themselves out. Often the embodiment of impotent rage, I empathise with their sexual partners when I see this happen.

Grenade spamming – the endless throwing of relatively expensive pyrotechnics at an player who you’ll surely end up losing to in a gunfight. I see these people playing Modern Warfare with a Riot Shield and whatever “crutch” weapon is flavour of the month.

All symptoms of a “must win” phenomenon, not just a “must win” but “must dominate” mentality. Does it help you win? Well… Possibly. The truth is that if your little heart desires a simple win in Airsoft, you can cheat your way to victory.

But will your subconscious allow you to believe that you’re a winner? No. You’ll continue to push that same shit on your social media platform of choice whilst inside knowing that there are better people out there doing better, with less and getting laid more often.

Airsoft is often referred to as a game of honour, the problem with that is the people playing must be honourable. A simple concept but in an age where everyone wants to be famous, one that is fading fast. The honour in Airsoft must come from within, be the change you want to see.

I guess the point Im trying to make is this, and I’ll paraphrase the motto of a long established team when I say it. Play Hard, Play Fair. 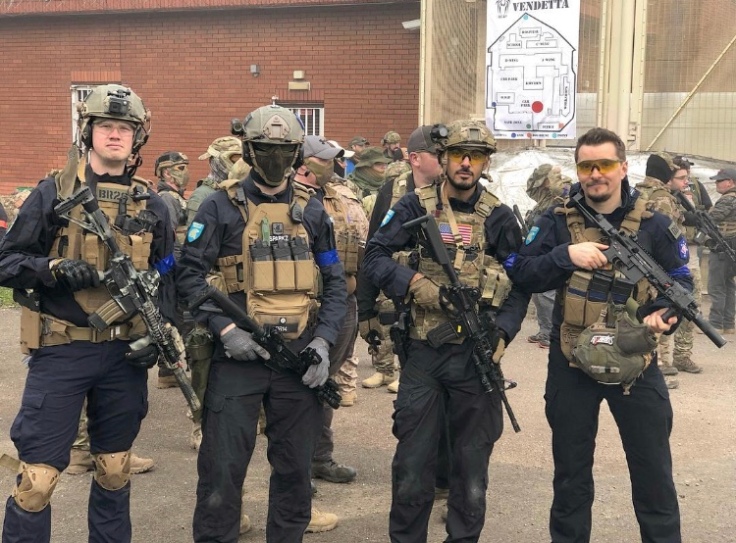 If you Roleplay as a Pork Sword Eating Crusader and genuinely want to live the life of a Mandolorian Viking Centurion with the blood of a thousand Bushido Spartans flowing through your veins, you should understand that winning at all costs isn’t honour…

It’s the fight you put up right until you’re hit that will see your exploits remembered. No one remembers Thermopylae because the Persians powerplayed the Greeks, they remember Leonidas and the boys taking their hits after playing their hearts out.