I’ve been holding off on writing this review so that I could get a better idea about how well they last… I’ve often said that a review shouldn’t be of a fresh out the box item and when your looking at a battle proven item’s successor as we are today, it’s essential to see if it lives up to the gauntlet laid down by its predecessor, The HSGI Taco.

HSGI or to give them their full name High Speed Gear International produce a lot of items that you might have seen but didn’t realise… Captain Price’s chest rig? HSGI Weesatch. 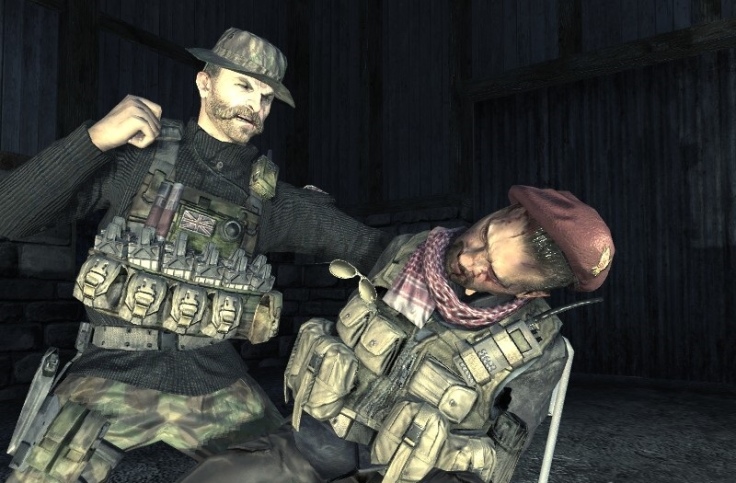 Deadpool 2’s Cable? His mags are stored in HSGI Tacos…

In fact, HSGI have their products everywhere! And as such have spawned numerous copies… However with this comes a massive divide in quality, often for every good copy there’s 5 bad ones. Every man and his dog has spawned a taco type pouch and some of the more reputable businesses have looked to see how it can be improved. One such method is to look at the material itself, changing from a material to a polymer based shell will change its benefits and drawbacks but will one outweigh the other? We shall see.

So I bought the Polymer Tacos about a year ago from the guys at Tactical Kit, my Fabric ones were looking a little rough and I thought it was about time I replaced them with something a little newer. It just so happened that the G-Code Scorpions were out of stock, a shame as I’d heard good things but I also knew from experience that HSGI were more than fit for purpose. I added a pair of pistol pouches to my cart and awaited the package to arrive. My first impressions were overall quite good… However the clips that came attached did look suspiciously similar to Malice Clips. I’ve never been a fan of the Malice clip type attachment that is often used for belt pouches, there’s often a better solution available.

I’m glad I gave them a go though, the supplied HSGI clips are far more ergonomic and don’t have a bulky tab at one end that your left with a decision to either have it poking your thigh or your kidneys. They clip into place with a slot type lock which prevents them from being torn away from your MOLLE.

I do still prefer my “go to” attachment method which is a Velcro loop (as per the belt mounted Tacos) or depending on compatibly, the Whiskey Two Four (WTF) straps or Bladetech TekLoks. That’s not to say that the ones supplied don’t work but I know I’m comfortable with the other options. I’m happy to report though that the HSGI Poly Tacos will work flawlessly with Bladetech TekLoks and I’m sure with a kydex washer would be easily modified to work with Velcro or WTF straps.

With a TekLok you can even get away with sticking two pistol pouches on a single large TekLok, it’s tight but it’ll work once it’s on.

As for the rest of the pouch, it’s made from a flexible and tough polymer that allows it to accommodate a wide variety of items, from mags to multi-tools it’ll hold anything of a similar shape.

It’ll also hold it securely, the tension being adjustable via the attached shock cord that loops throughout the whole pouch, and can be adjusted at the bottom (an improvement from the front routing of the original).

Attachment holes on the back allow for a number of different mounting styles, with even diagonal or canted mounting being possible (depending on the mounting platform).

What I really like about these are their ease of “reindexing” a magazine, the flange (stop laughing at the back) on both the front, rear and sides allow for a smooth draw and replacement of magazines whilst using the pouch. 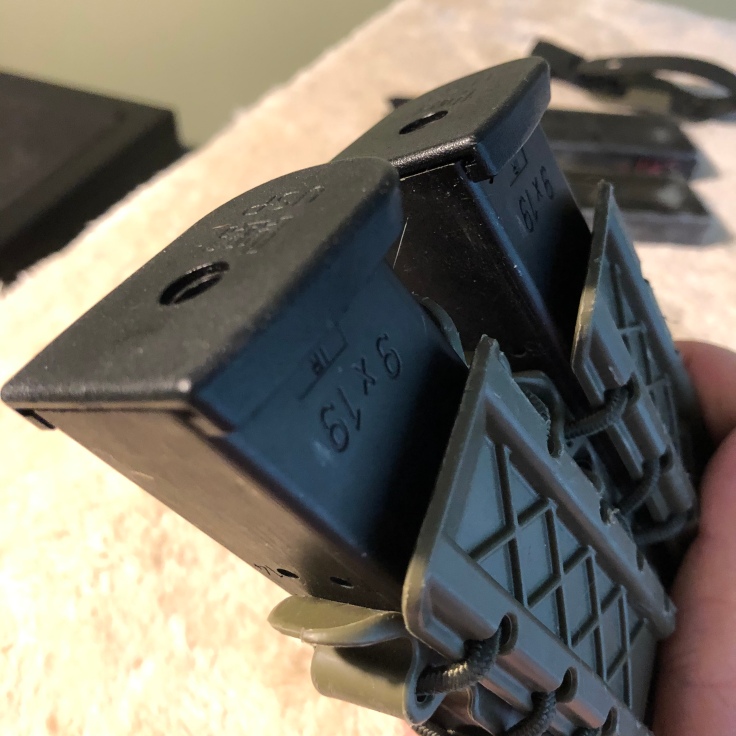 When it comes to what they’ll hold, Double stack 9mm mags (or Airsoft equivalent) are a perfect fit, you’ll also be able to hold single stack mags such as that on a 1911 design and go as far wide as some large calibre pistols/SMGs such as MP7 mags (not recommended) and H&K Mk23 Pistol mags (absolutely fine).

So, why wouldn’t you choose these over the older fabric Tacos? Well there’s a couple of reasons… firstly the interior shape of these, being moulded from a flexible and grippy material means that if your carrying an unusual shaped item such as some tools or lights that they might not be easily accessible. I’ve yet to find anything that this would apply to so far but physics is physics… if it can happen, it will happen. 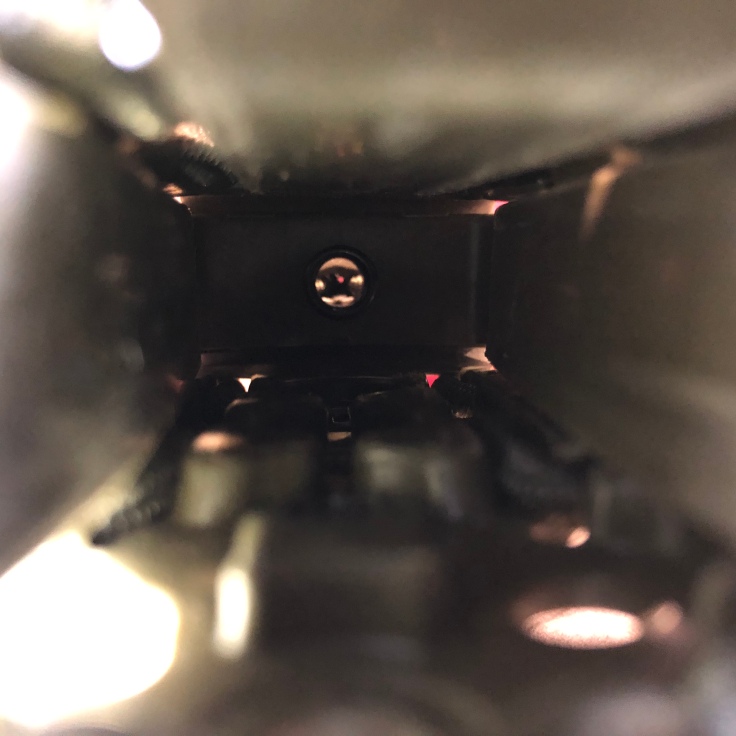 Also, the semi-rigid nature of these pouches lends itself well to parallel shaped items without any odd shapes, if you wanted to stick something in that didn’t come into contact with the whole of the interior it could rattle around. A prime example would be flashlights… My Nitecore Light will fit and is secure against it falling out but there is a lot of movement within the pouch that could translate as noise or over a long period could allow the light to become free.

Also as a polymer, it’s more likely to become worn over time than its fabric brethren. Whilst fabric will move around a foreign body, polymer will grate against it. In a short period of time you’ll notice scuff marks in and on your pouches… I’ve not noticed any structural issues but you should be aware that it’ll look used and abused from the first outing.

So overall, would I buy them again? Well they’ve not been put up for sale which is always a pretty good indicator of their worth to me… that’s not to say I don’t sell good stuff and keep crap stuff but they work well for what I want. If I’m using just a pistol I’ll often snow this onto my belt and happily run around knowing I can quickly remove and replace a magazine at will. I do find myself using the fabric ones more often for woodland games though… For one main reason, they don’t dig in as much when you roll around on the floor.