The Haley Strategic Thorntail is one of those accessories that we’ve pretty much all heard of, it’s so well known that I’m sure most of you at some point will have considered buying one.

The basic thorntail is not a radically new design or concept but Haley Strategic have always looked to keep pushing forward with its development, keeping that momentum moving forward which has resulted in the latest version, the Thorntail6. 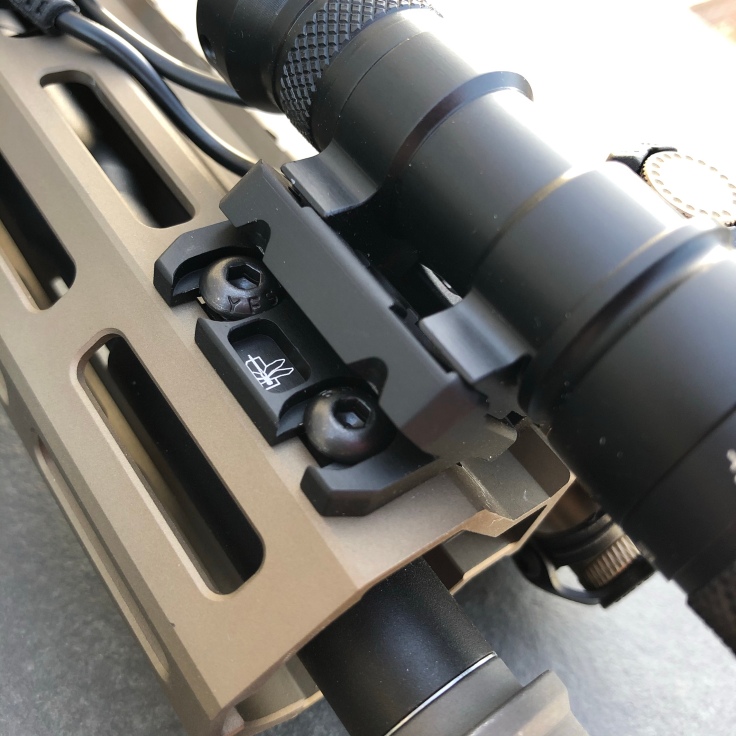 Before we get into it, a little disclosure about my relationship with Haley Strategic Partners and Tactical skit. I have no direct relationship with HSP, although I’ve been a massive advocate for their items for a long long time. I’ve worn their D3CR rigs for years (D3CR and D3CRM) and use my Flatpack on a near daily basis. What I’m saying is, if Travis ever wants to be my BFF… My arms are well and truly open.

This particular mount was provided by Tactical Kit at no charge, this was for the purpose of reviewing it for other potential customers, but as always I am under no obligation to provide a biased positive review.

The agreement we have is that I’ll occasionally take on or borrow a piece of gear and only should it be relevant to the blog, I’ll write my thoughts on it, those thoughts are mine and mine alone. That being said, this was an item I’d actually made a previous enquiry about, due to wanting a low profile mount for my Surefire M300V Scout Light. I was already in the market for such an item and luckily for me, Tactical Kit were just getting them back in stock and I’d only have to wait a couple of weeks to get my hands on one.

Onto the mount itself…

Made from US Space Force grade 6061-T6 Aluminum (Or “ALUMINIUM” if like me you’re partial to tea and crumpets) which is then Anodised black as per MIL-SPEC-A-8625.

Does this matter to you? If you’re a geek like me? Yes. More importantly it means that the material and finish is more than up to the job of holding a light firmly in place without wearing out, unlike cheaper products that could fall apart or start developing cracks or an uneven finish.

The Thorntail6 mount is supplied complete with a pair of Scout Light compatible 8-32 UNC bolts, which is rather a nice touch as the scout light itself doesn’t come with additional mounting hardware.

You also get the two required M-LOK bolts to mount it to your rail, if you’re a fan of genuine US made firearms accessories it’s worth investing in a set of “Imperial” UNC compatible tools… Some accessories come with the tools needed to fit them, others (like this mount) do not. 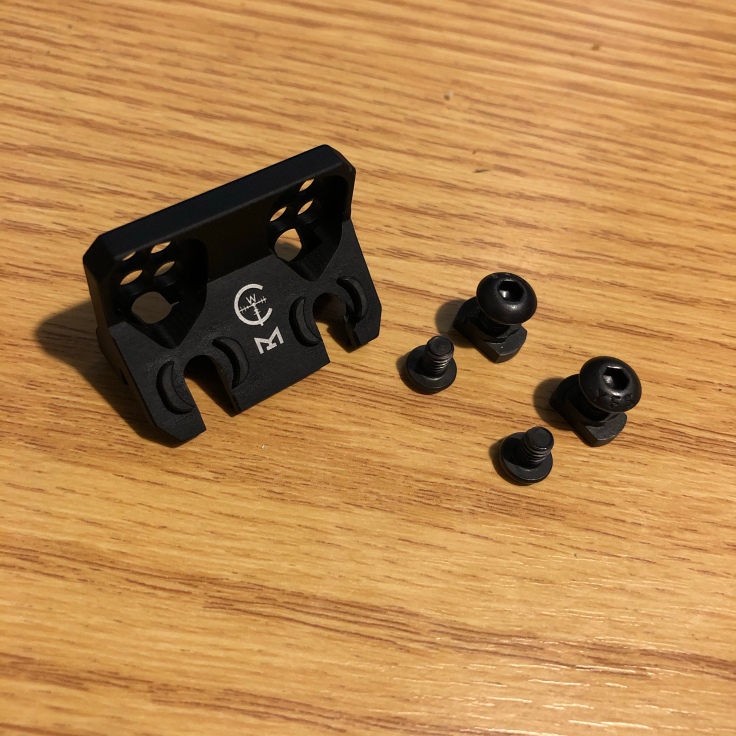 The merchandising packaging is simple enough, it also doubles as an instruction manual for how to attach the light to your weapon. It’s not that hard to figure out though, if you can’t work out the basics of putting bolts in holes, should you really be allowed to hold a weapon?

The mount is manufactured (as are all Haley Strategic Thorntails) by Impact Weapons Components LLC, this isn’t hidden away or barely mentioned as some other businesses might choose to do, but rather embraced by Haley Strategic proudly stating it on the packaging. I.W.C. also sell a range of other products, all proudly made in the USA.

The two primary mounting positions require use of the unique mounting slot located in the upper portion of the mount, shaped like a wonky TIE Fighter it looks rather unique but in its design is it’s biggest asset.

This mounting position borrows the “through and slide” concept of Keymod, without any of the downsides. This mounting design keeps the overall profile small and actually keeps the bolts retained if there should be an issue if one becomes loose over time.

Simply sliding both of the bolts from the central position one at a time allows you to find a suitable mounting point for the Scout-Light (High or Low) without worrying that the bolts might become lost. This benefit is retained for the whole time the light is attached to the mount, the bracket preventing the bolts being removed unless actively desired.

After choosing from the higher or lower mounting position, simply lock down the two bolts and hey presto! A secure and low profile mount for your Scout-Light. There are also 4 more traditional mounting positions on the Thorntail6, all designed to provide an optimal, low-profile fit for your scout light alongside whatever accessories you have mounted.

The whole ethos of the Thorntail (and indeed Haley Strategic) is streamlined modularity, customisation but not at the expense of complexity and weakness.

The PTS Unity Tactical Fusion Hub that I’ve preciously tried, offered a modular approach to the same problem. Unfortunately, PTS failed to capture the quality of the original mount and Unity Tactical themselves have since revolutionised their mounting system into the Micro Hub 2.0 which offers a few less options but much more functionality in a smaller compact package.

The list of accessories this mount is designed to integrate with and work alongside is pretty long, there being six different positions for the light itself and the ability to then mount it onto your M-LOK rail in a multitude of different positions make this an incredibly flexible bit of kit.

Lights that this mount will accommodate include: 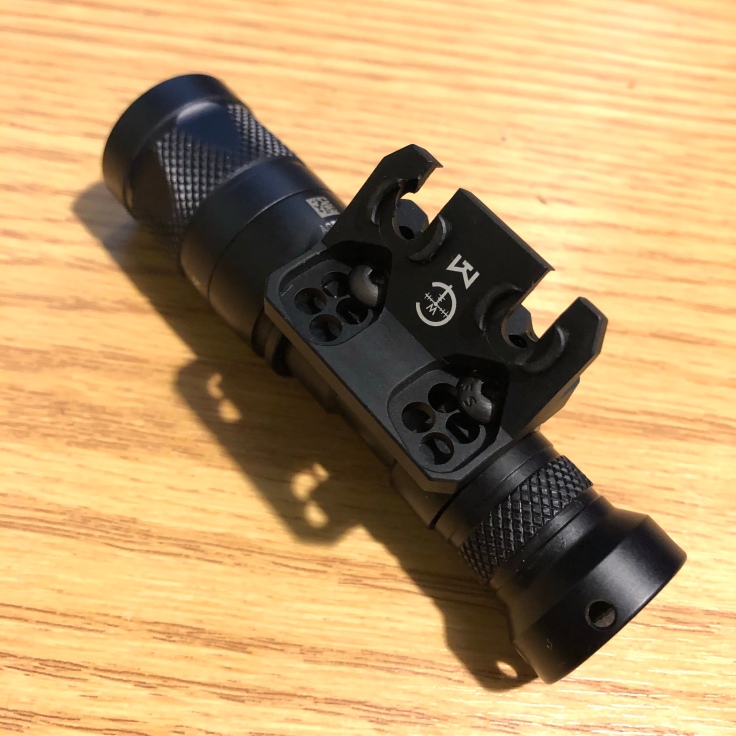 Laser units, designators and sights this light will work alongside: 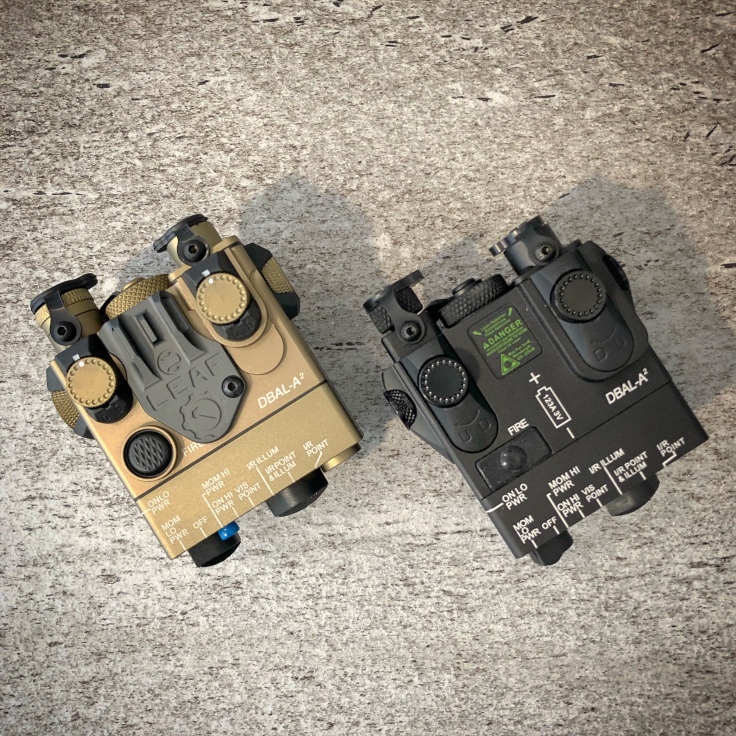 The list goes on and on, but for the majority of people looking for a mount that sits their scout light right aside the barrel and laser sight, this is a fantastic solution.

Certainly when trying to make the most of M-LOK’s modularity and simplicity, this mount is one of the better solutions in the market. It’s simple, it’s strong and it works.

Can I recommend this product? Absolutely. Although I’m only using this at present on a Gas Blowback Airsoft Replica, the Thorntail series of mounts are well established in the real steel shooting world and the Thorntail6 adds nothing but more modular mounting options to an already popular line up.

I’d happily use this on a duty or service firearm, it’s well made and offers a great low profile mounting solution.

Haley Strategic also offer this for Keymod and now Picatinny rail (see below pic). The Thorntail6 is available in the UK from Tactical Kit (although it always sells out soon after restocking). 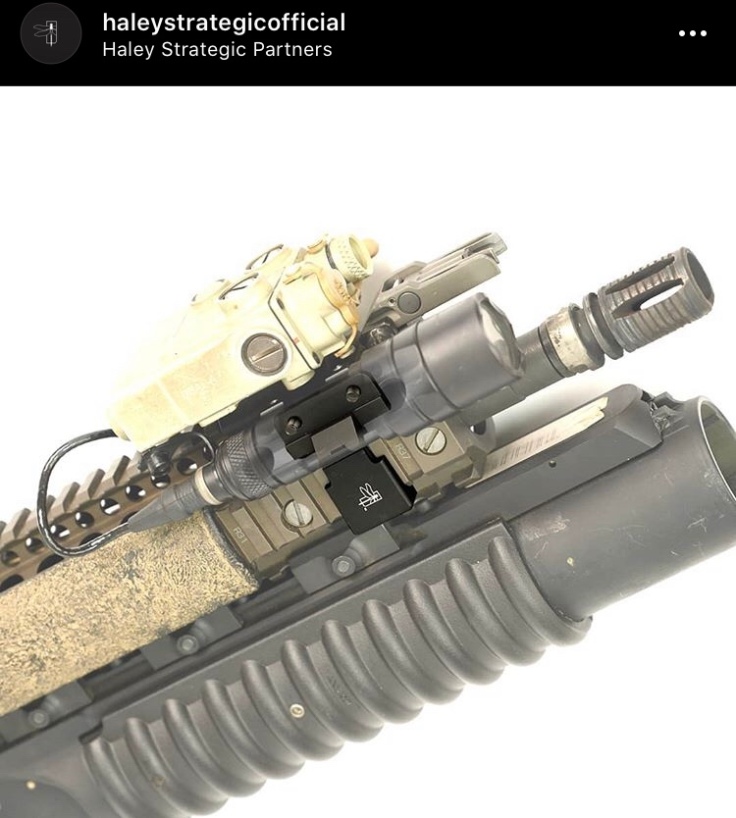 Once again thank you to the guys at Tactical Kit for providing the Thorntail6 for review.